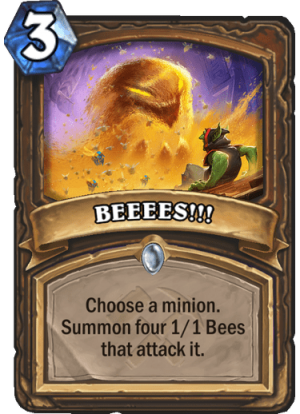 BEEEES!!! is a 3 Mana Cost Common Druid Spell card from the Saviors of Uldum set!

Choose a minion. Summon four 1/1 Bees that attack it. 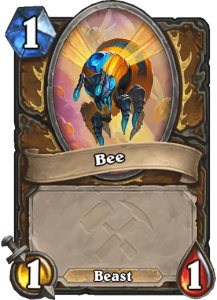