Though the Arena is clearly on the backburner right now in the eyes of Team 5 as everyone’s attention is turned to the scourge of Galakrond in Constructed and the beauty of Bartender Bob in Battlegrounds, Hearthstone’s limited mode is, in fact, still around. The removal of the bucket-based drafting system has brought along a very different set of decisions when constructing your deck, and though the format feels a bit too dragon-heavy right now, there are nevertheless useful lessons to be learned for what seems like the new(/old) ruleset of the Arena.

The Dragons Have Descended 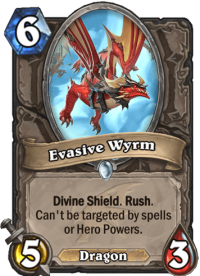 Though it’s Galakrond whose many formats have dominated the ladder so far, there’s actually a place where the powerful Dragon synergies have actually delivered on their promise: it’s the Arena. The current environment is clearly defined by Dragon synergies, many of which seemed worryingly powerful even from a Constructed perspective during the reveal season. The arrival of the new set notwithstanding, the most significant change to the Arena came in the form of the removal of the “buckets”, the power level-based system which governed which cards were offered alongside one another in a draft. Instead, we’re back to the setup from the vanilla days where the rarity gems determine which cards show up as alternatives (e.g. three Commons, three Rares – the list goes on). This means that there’s a much greater variance in deck types and drafted cards, but the power level also differs a lot more across them.

It’s not just the high number of Dragons: it’s also the regularity with which you get to Discover them in the game. The main culprits here are the four Explorer cards, which are all overstatted for the cost and also allow you to generate extra card advantage. In fact, it’s so easy to add extra cards to your hand that it’s exceedingly difficult to even guess as to how you’re doing on that front against your opponent. Anyone can fill their hand or clear the board seemingly out of nowhere at any time, making it very difficult to create a coherent plan. It’s very difficult to make up for a significant difference in deck strength in the current Arena environment – as such, the best advice we can give is to watch out for the specific subset of cards we’ve listed below which have an oversized impact on the Arena meta right now – you can find those below.

Available Sets and Important Cards in the 16.0.5 Arena

Here’s the list of expansions and adventures you can expect cards from to show up in the 16.0.5 Arena: 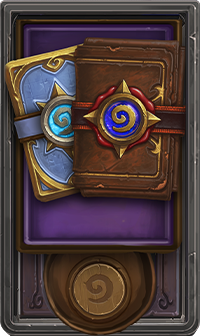 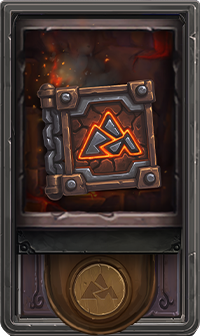 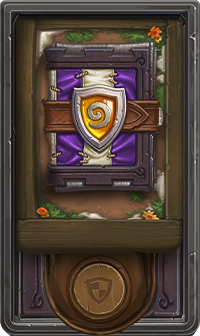 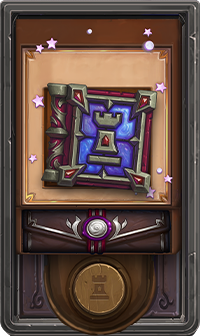 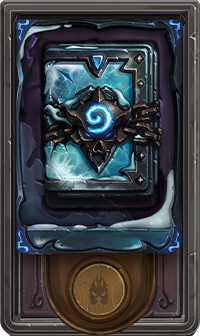 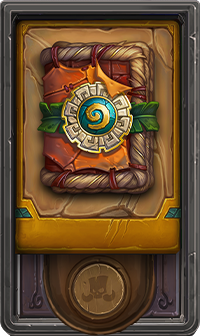 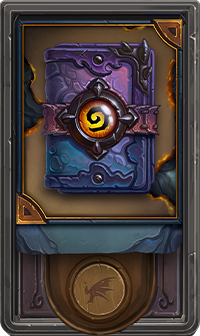 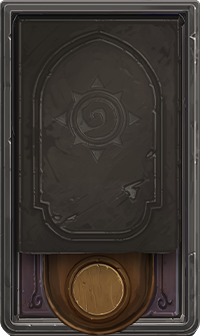 Note that Galakrond and Invoke cards are not available in the Arena and a patch has specifically removed Dragonmaw Poacher from the pool.

Here’s a list of noteworthy cards which have an outsized impact on the Arena at the time of writing (though as a rule, every Dragon is well worth considering simply because of the synergy potentials): 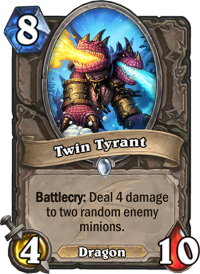 Twin Tyrant – Get this down on curve and you’ll most likely win: much like Primordial Drake in the past, this behemoth has a big body and an instant impact on the board, often enough to completely swing the proceedings your way. It’s an insta-pick in every draft and the axis around which the game revolves.

Evasive Wyrm – Argent Commander on steroids, an almost guaranteed two-for-one and a great initiative tool, often the first of the one-two sucker punch when followed by the aforementioned monstrosity.

Faceless Corruptor – It was a top tier card in Constructed which required little to no synergy to make it work: it goes without saying that it also had an outsized gameplay impact in the Arena.

Embiggen – Way too many stats for the price, and if you consider how much more tempo-focused the Arena gets with the rarity-based draft (sometimes lovingly referred to as Curvestone), you can see how much bang for the buck this card provides. It’s the sole reason behind Druid’s powerful performances in the current metagame: somewhere, Prince Keleseth laughs heartily about Malfurion’s weapon of choice. 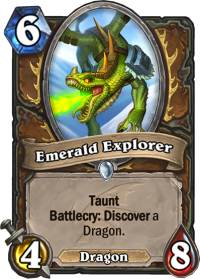 Bronze Explorer, Emerald Explorer, Primordial Explorer and Azure Explorer – Each and every one of the Explorers is grossly overstatted for what they offer, and allow you to select from a small yet powerful pool of minions. Their presence in the game means that Dragonqueen Alexstrasza and Deathwing actually will show up with alarming regularity in your Arena runs.

Sanctuary – Picture this: it’s turn one and your opponent coins this out. You proceed to cry and lose the game. It’s a scenario which occurs more often than you’d think, and it’s just one of the many tools in Paladin’s arsenal. Though the card is not unbeatable and its relevancy plumments from turn one to turn two, it’s definitely worth keeping in mind for your mulligan strategy whenever you go up against Uther or one of his doppelgängers, who are currently on top of the charts in the Arena.

Though Team 5’s decision to remove the buckets was coupled a promise that this would allow for quicker and more regular micro-adjustments to help with class balance issues, not many of those have been forthcoming as of late and there are massive discrepancies which you should be aware of when choosing the hero you intend to go to battle with. A quick glance at the HSReplay winrates tells its own story. The classes with strong individual Dragon cards are riding high while the rest are left behind in the dust. In may ways, the choices are made for you.

(HSReplay winrates are accurate at the time of writing and might be slightly different at the time you’re reading it, but the general idea remains the same.) 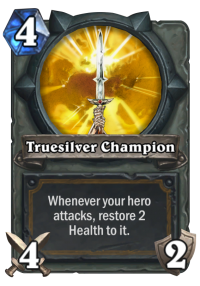 Paladin (54.4% winrate) – A strong Basic and Classic (hello Truesilver Champion, Consecration and Blessing of Kings) set coupled with the outsized impact of Bronze Explorer and Amber Watcher makes Paladin the clear winner of the current environment. There’s also Seal of Champions, a brutal early-game tempo tool from the past. The fun stuff with Sanctuary is just a bonus.

Druid (53.9% winrate) – Like we’ve discussed above, Embiggen is a pretty good card in the Arena. Likewise, Emerald Explorer is also excellent. The flexible early-game options provided by Treenforcements and Living Roots also helps a lot, catapulting Druid to second place.

Hunter (52.9% winrate) – Arguably, Hunters are the most flexible class in the Arena right now, with the ability to apply pressure or play the long game as well depending on how you’ve constructed your deck. Remember how many Dragon discovery options you tend to get? Well, Hunter has access to Primordial Explorer, which can give you Veranus, a card that is simply obscene in a low(er) power level format like this. 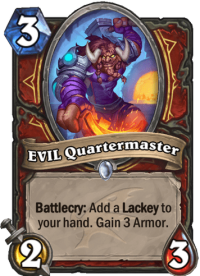 Warrior (49.4% winrate) – Four classes in and we’ve already dipped into sub-50% territory. Yikes. This goes to show of much of a discrepancy there is between the top three and everyone else, with a precipitous 3.3% drop in winrates going from #3 to #4. It’s the big weapons and the value generators which keep Garrosh going, Dragon Roar and EVIL Quartermaster playing an outsized part in the meta (alongside the flexible Sky Raider).

Mage (48.6% winrate) – Though Mage once again has a plethora of AoE tools to call upon, it’s difficult to finish off the game against any of the top classes. Since you can’t reliably generate enough cards to out-value your opponent, and Paladins are capable of healing in a consistent manner, Mage basically ends up as a worse and less flexible Hunter, with a big gap in the winrates to show for it.

Rogue (46.1% winrate) – Rogues will always have their great Hero Power and powerful Basic/Classic tools to call upon, but when the main showcase is a set where most of their good cards revolve around Galakrond synergies and are therefore not draftable in the Arena, it’s always going to be a struggle.

Warlock (43.7% winrate), Shaman (43.2% winrate) and Priest (39.3% winrate) – One of the (if not the) lowest-ever recorded class winrates in the format belongs to Anduin, but Gul’dan and Thrall are not that much better off. If you’ve never played Dark Souls and want to experience the bleakness and the suffering in Hearthstone, a few Arena runs with Priest in 16.0.5 should do the trick – and there’s little to no other reason to pick Warlock or Shaman in the current environment either.