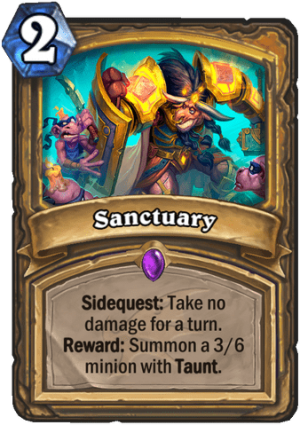 Sanctuary is a 2 Mana Cost Epic Paladin Spell card from the Descent of Dragons set!

Sidequest: Take no damage for a turn. Reward: Summon a 3/6 minion with Taunt.

Few quests are completed by cowering under a table.
Tweet