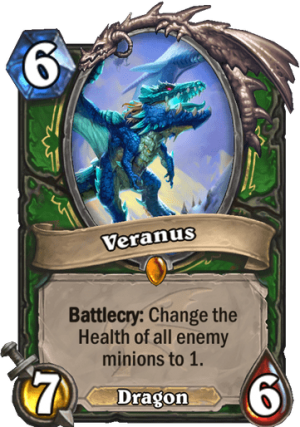 Veranus is a 6 Mana Cost Legendary Hunter Minion Dragon card from the Descent of Dragons set!

Battlecry: Change the Health of all enemy minions to 1.

As an empty nester, she just misses her little ones.
Tweet