Rush is one of the keywords in Blizzard’s card game Hearthstone. It was first added to the game in The Witchwood expansion, it’s now appearing on multiple cards in each set. Normally, minions that come into play can’t attack on the same turn. Rush lets them do that – immediately after they’re played from hand or summoned, they can attack the opponent’s minions. Unlike Charge, however, minions with Rush can’t attack the opponent’s Hero – they still have to wait a full turn before doing that (but they usually come with better stats than their Charge counterparts).

Rush is an evergreen keyword, a keyword that is not tied to a specific expansion and has been used across multiple sets already. It means that there’s a very high chance that it will appear again in future expansions.

A full list of Rush cards is so long that copying it here would be pointless. Click here if you want to see it.

Here are some examples of cards with the Rush keyword: 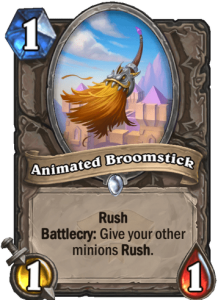 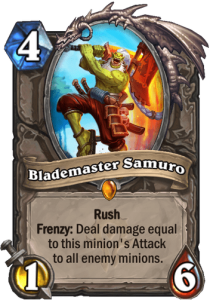 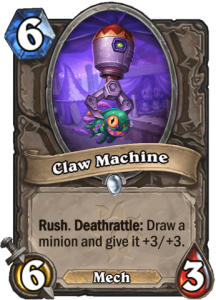 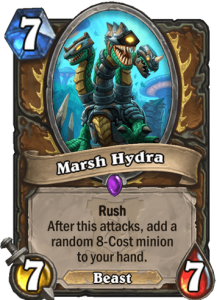 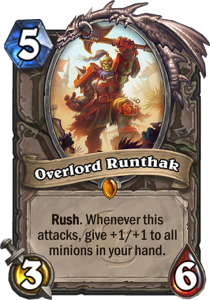 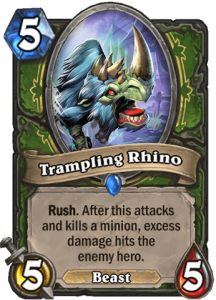