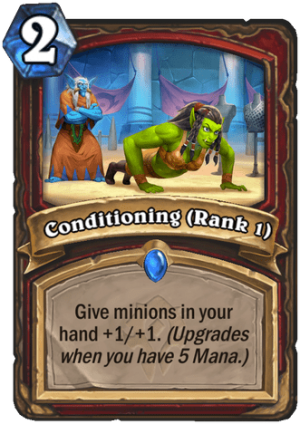 Conditioning (Rank 1) is a 2 Mana Cost Rare Warrior Spell card from the Forged in the Barrens set! 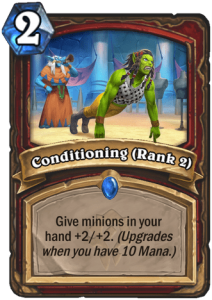 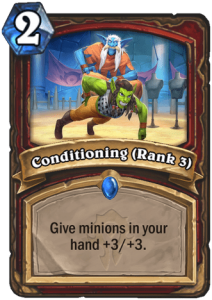