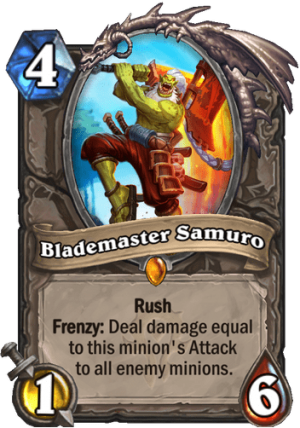 Blademaster Samuro is a 4 Mana Cost Legendary Neutral Minion card from the Forged in the Barrens set!

Rush Frenzy: Deal damage equal to this minion's Attack to all enemy minions.