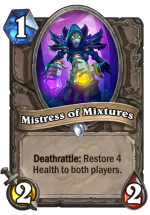 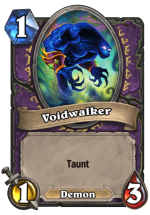 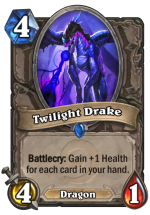 Keep Mountain Giants and Twilight Drakes in almost every match-up, excluding aggro, and mulligan hard for them.  I have specified the best mulligan cards under the aggro tab.  Against every other match-up your goal is to tap the first few turns, play your giants and drakes and skip right to the late game, where your Jaraxxus and Gul'dan will wreck.  You could try using Tar Creepers instead of the Humongous Razorleafs if you prefer! 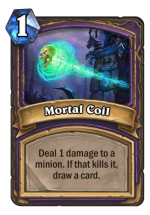 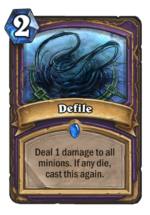 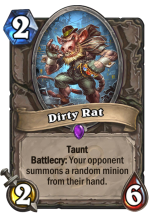 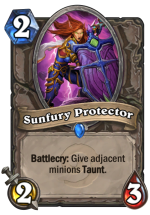 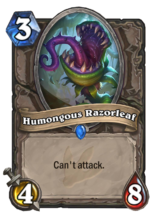 Only keep Humongous Razorleaf if you also mulligan a taunt activator.  Always keep your sunfury, as you'll often just need tempo on turn 2 if you don't get your razorleafs.

Combo decks like OTK Priest can automatically lose if you pull an important piece from their hand with dirty rat, like Raza.  If you have a strong enough hand, go for the early dirty rat, it could just win you the game!

Against aggro decks you mulligan for your taunts and early removal, and against control match-ups mulligan for Mountain Giants and Twilight Drakes.

The win condition against control decks is to play Jaraxxus before Gul’dan, and put on lots of pressure with your 6/6 demons.  Often times Jaraxxus will just win you the game, or at least force your opponent to use all of his/her removal.

If you’re in trouble or your opponent is out of removal, playing Gul’dan will allow you to sustain yourself even longer, and he will re-summon all of the 6/6 demons that died, forcing a huge removal from your opponent (which at this point he shouldn’t have).

This deck has been fantastic for me on ladder this season, with a win rate of 68% across 50 games.  Try it out, bring back handlock!

P.S. If you’re feeling lucky vs Priest, playing dirty rat on turn 2 and pulling raza is the greatest feeling ever.