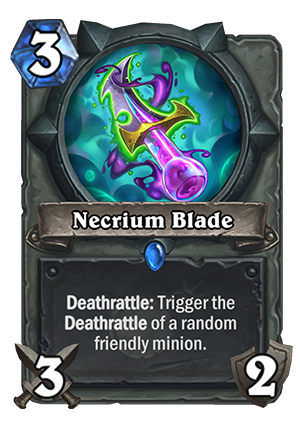 Necrium Blade is a 3 Mana Cost Rare Rogue Weapon card from the The Boomsday Project set!

Deathrattle: Trigger the Deathrattle of a random friendly minion.

I really, really like this card. While 3 mana 3/2 weapon is not particularly crazy in Rogue (the class can already to the same thing much more flexibly with Deadly Poison), the effect is really interesting. If you keep this weapon at one durability, like you should in a deck you play it in, it’s like a Play Dead for Rogue. If you run a Deathrattle Rogue deck, you absolutely want to play it, no doubt about it. For example, playing Myra Rotspring on curve, picking a strong Deathrattle and then immediately trigger it can potentially be game-winning. Even the Blightnozzle Crawler looks better now that you can trigger his Deathrattle on your own turn (and even on the curve if you need to do it).

But it’s one of those cards that might see more play in a deck it wasn’t designed for. Even though it’s amazing in Deathrattle Rogue, the deck might turn out not to be viable. But even outside of it, this card has some serious combo potential. The most obvious one is the example from reveal – you drop Leeroy Jenkins, hit, Carnivorous Cube it, hit with this weapon and get 2 more Leeroys. 21 damage in total, and even if it doesn’t KILL your opponent, you’re still left with 3x 6/2 and Cube holding two more 6/2’s. Another example – again from the reveal video – is Kobold Illusionist + Malygos deck. It was already tried out, but there was no good way to trigger your own Kobold Illusionist on your turn, now there is (not to mention that Necrium Vial was just revealed and it’s another way to do it, for more consistency).

The main problem I have with this card is that as long as you’re holding it on one point of durability for your combos, you can’t use your Hero Power, and Hero Power is a big part of the Rogue’s power. So ideally you’ll want to set it up a turn before dropping a strong Deathrattle minion and then quickly using it so you can Hero Power again.

I like this card, I’m quite sure that it will see some play. Weapon is okay, the effect is solid in both Deathrattle decks and in some combos, and we all know that Rogue is a combo expert. 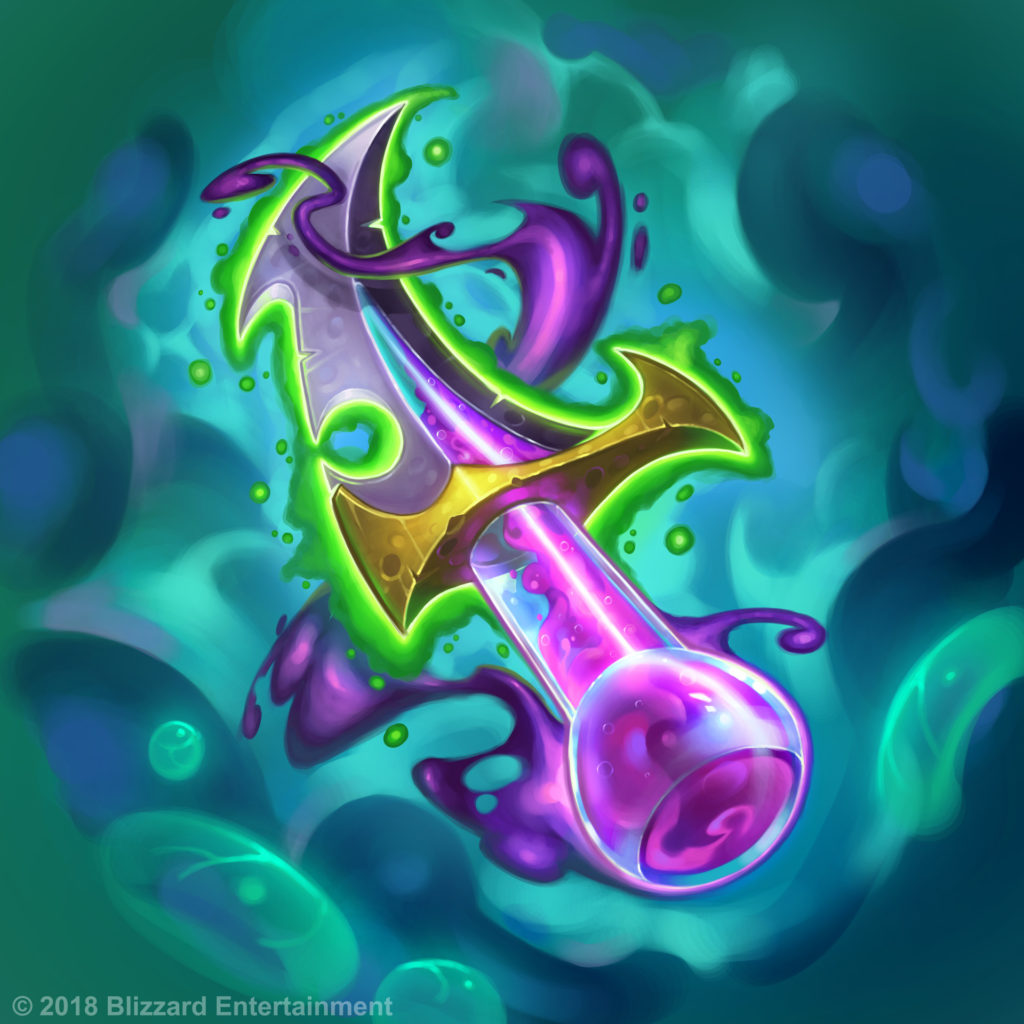