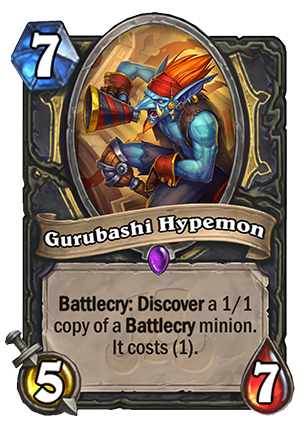 Battlecry: Discover a 1/1 copy of a Battlecry minion. It costs (1).

Throw your hands in the air!
They cost (1).
Tweet

But why Battlecry? Why not Combo? It’s been almost 5 years since the game was released and they still can’t seem to settle on the Rogue’s main theme, class identity.

By itself, the card is pretty bad. 7 mana 5/7 is very slow, especially in Rogue. And the effect is very mediocre. You see, on the one hand, having a 1 mana 1/1 version of some Battlecry minions would be straight up amazing. For example – Onyxia, The Black Knight, Faceless Manipulator, Alexstrasza, Master Oakheart, Bonemare etc. Situationally, cards like Mossy Horror or Deathwing might also come super handy. But for every good Battlecry, there are 3-4 bad or clunky ones that you wouldn’t really want to get. The chance to snatch one of the good ones, especially the ones you want, is incredibly small with the amount of Battlecry cards in general.

However, keep in mind that Discover favors class cards over Neutrals. So what kind of Battlecries Rogue has access to? Honestly, they’re just okay, some are good and some are bad. We have cards like Myra Rotspring, the new Gral, the Shark or Fal'dorei Strider, which work well in any deck – that’s the good part. Blink Fox and Lab Recruiter are also okay-ish, but not amazing. Then, we have cards that require specific synergies, which you might not have at all in your deck – Tess Greymane, Pogo-Hopper or Cavern Shinyfinder.

The only this this card has going for it is the synergy with Spirit of the Shark. You can play both on T10, this minion’s Battlecry triggers twice. Now assuming that Spirit stays on the board thanks to the Stealth, you can play the two Battlecry minions you’ve discovered and double them too. It’s a nice value play in the late game, but let’s be real here – it’s not the Rogue’s play style. It’s not a value class that wants to go for those slow turns. Rogue’s card shell is built around tempo and combos, not around value.

But man, it would be better and more interesting if it gave you a Combo card instead of a Battlecry card. But even then, I don’t think it would be playable. Unless they push a completely different, slow, value-oriented Rogue archetype over the next few expansions, I don’t think that this is going to work. 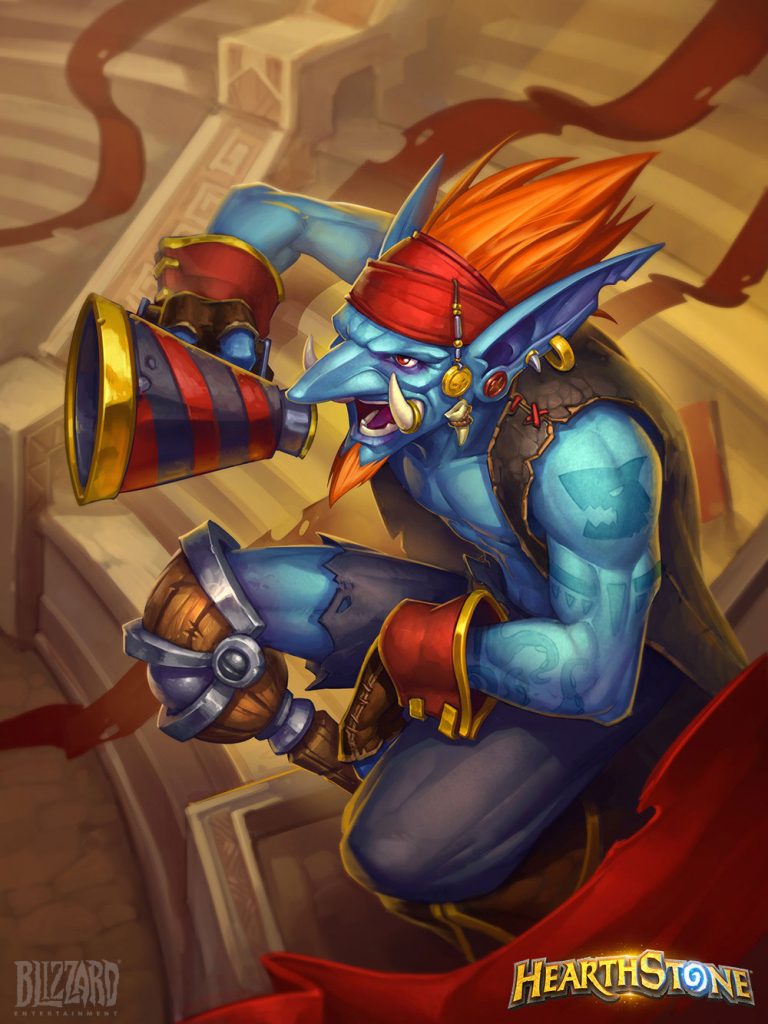