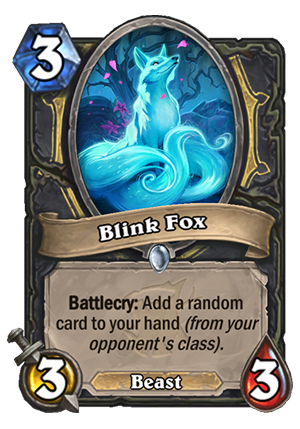 Blink Fox is a 3 Mana Cost Common Rogue Minion Beast card from the The Witchwood set!

Battlecry: Add a random card to your hand (from your opponent's class).

I actually think that this card is stronger than Tess herself. While Tess only goes into a narrow type of decks and can fail, and you never play her for the stats, this is just… solid. Rogue doesn’t have lots of great 3-drops, especially now that Shaku, the Collector is rotating out. This can fill the 3-drop slot, because it’s like a 3 mana version of Swashburglar. They are similar in terms of power level – Swashburglar had an advantage of having the same effect on a 1 mana body, so it had more combo potential and was easier to squeeze in into your turn. On the other hand, 3/3 stats for 3 are generally better than 1/1 for 1.

When it comes to this card, first comparison is Curious Glimmerroot, which has seen LOTS of play in Year of the Mammoth. 3/3 for 3 with extra value gained is just a solid card. This one is slightly worse, because getting a card from your opponent’s deck is better than getting a random card from their class. People usually don’t put bad cards into their decks. On the other hand, this gets extra synergies if you play it in the right deck (like with the Tess). To be completely fair, Curious Glimmerroot also scaled with the player’s skill level, or meta knowledge to be precise. I’ve been spectating some low ranked players, who were whiffing on it quite often. With this, you will always get a card – sometimes it will be bad or unplayable, but you will get something. So all in all, I think that this might be better than Glimmerroot at low ranks and worse at high ranks. Still, given that it’s comparable to a really good 3-drop, I think it’s enough for it to see play.

This will probably be played in all kinds of Rogue – Tempo, Miracle, and obviously Burgle. Because why not? You don’t mind a 3-drop on curve, either to contest the board or to put pressure on your opponent, and later in the game it won’t be useless, as it will at least cycle itself.

So, even if Burgle Rogue won’t work in Standard (and I honestly think that it will be the case, unless the last Rogue common that’s still not revealed will push the archetype even further), this card should see play in some other decks anyway. 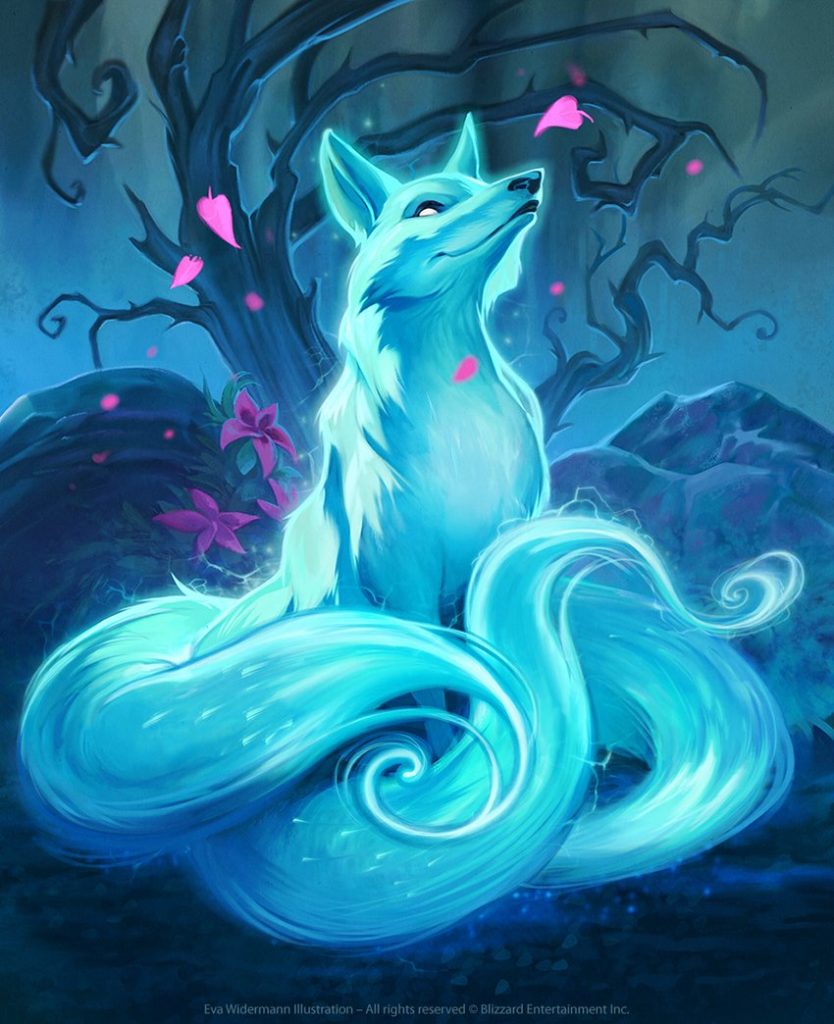