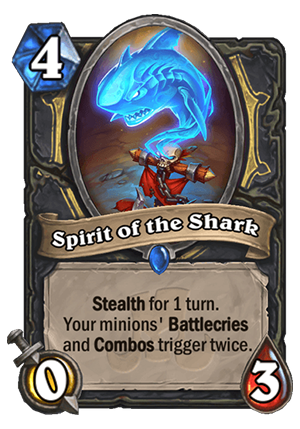 Spirit of the Shark is a 4 Mana Cost Rare Rogue Minion card from the Rastakhan's Rumble set!

Stealth for 1 turn. Your minions' Battlecries and Combos trigger twice.

It has Stealth, but its ominous theme music keeps giving it away.
Tweet

Spirit of the Shark Card Review

This card reminds me of Brann Bronzebeard. He has proven that doubling your Battlecries can be a very powerful effect. But, he costed 1 less mana, came with a better body and wasn’t played much in Rogue anyway (was good in Jade Rogue, but that was more of a meme deck). However, Spirit of the Shark has something going for it – not only it starts with a Stealth, making it much harder to clear (unless your opponent wants to commit an AoE), but also works with Combo cards. Those two are big deal.

The thing about Rogue is that it’s the highest tempo class of them all. It lives and dies for the tempo, and playing a 4 mana 0/3 is a massive tempo loss. So whether it will be good or not mostly depends on how well the class will be able to regain that tempo back. Right now, there aren’t many Battlecry and/or Tempo minions that would take the tempo back. Edwin VanCleef is the one that comes to mind, but it would just create a bigger body, which has diminishing returns. A 18/18 is of course better than 10/10, but if your opponent has removal/Silence it’s the same thing anyway (and if he doesn’t he probably loses anyway). Elven Minstrel draws 2 extra cards, but that’s a low tempo play followed by a low tempo play. SI:7 Agent deals 2 extra damage to the target, which is cool, but not something to put it to the next level.

This card doesn’t seem to fit into your Classic Tempo/Miracle/etc. Rogue, but I feel like it has a lot of combo (not keyword combo) potential. For example, it would go really well into a Pogo-Hopper deck. I know that those decks are meme right now, but doubling the Battlecry makes them grow twice as fast. You play Pogo + Shadowstep + Pogo with this on the board and you get +8+/8 to your Hoppers.  And of course, it HEAVILY depends on the new Battlecries / Combo cards we’ll get this expansion. Overall I think that it has some potential, but most likely not in the current popular Rogue strategies, because it’s too slow for the decks that rely early/mid game tempo. It looks more like a combo activator.

My biggest worry is that Mossy Horror might become even more relevant if Spirit cards see common play, and it can completely destroy them. Removing a 4-drop and possibly some other small minions for 6 mana with a 2/7 body is well worth it, on top of being an answer to stuff like Spreading Plague. 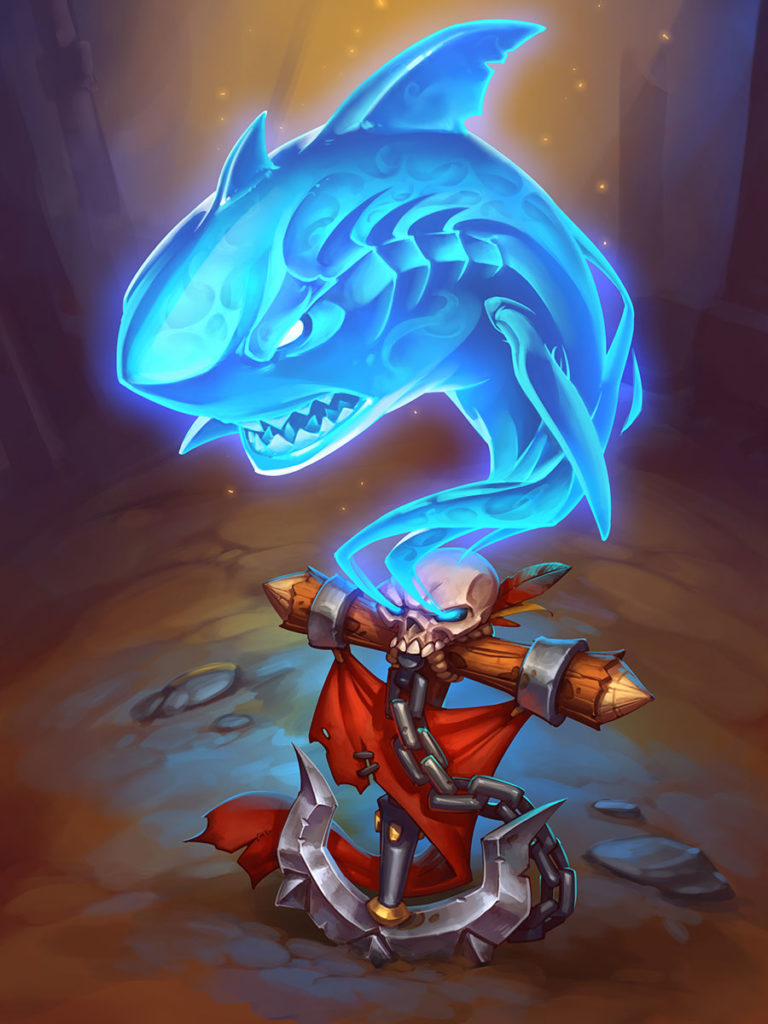