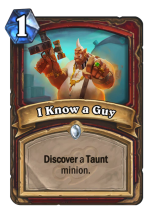 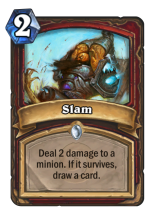 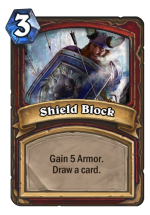 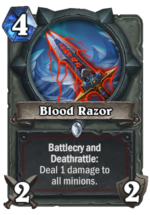 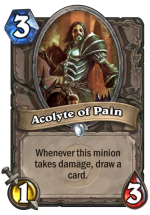 This joint is about going to fatigue and surprising with Arcane Giant.

The large amount of spells make it easy to play the Arcane Giant‘s for free in the late, late game.

The only other minions, Coldlight Oracle and Acolyte of Pain, are key for draw, along with cards like Slam and Shield Block.

The strategy to this deck is saving the Arcane Giant‘s until the end, and making a lot of them with Dead Man's Hand. Shuffling in other helpful cards, like some draw and armor cards, can also be really useful. It is really important that you get rid of cards you won’t need, like Blood To Ichor and Fiery War Axe (It feels really sad drawing some useless spell knowing that there are 0 mana 8/8’s in the deck).

Depending on the situation, shuffling in Brawl or Shield Slam can also be really good, but they’re not always great. Depending on which sheild you get, Unidentified Shield can win you the game (especially if you get the 15 armor one).

I’m sad to see Arcane Giant go next month, as it was one of my favorite Year of the Kraken cards. But, this deck will still be standard legal for a little while longer, so check it out! Also, I’m working on a post-rotation version with a different bomb to replace the Arcane Giant‘s.