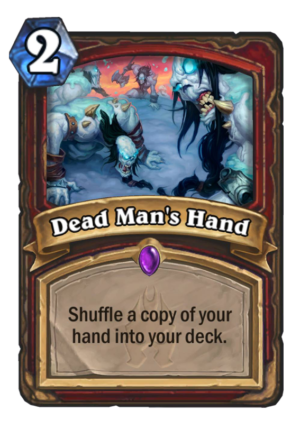 Dead Man’s Hand is a 2 Mana Cost Epic Warrior Spell card from the Knights of the Frozen Throne set!

Shuffle a copy of your hand into your deck.

I got two pair, Rags and Armorsmiths. What you got?
Tweet