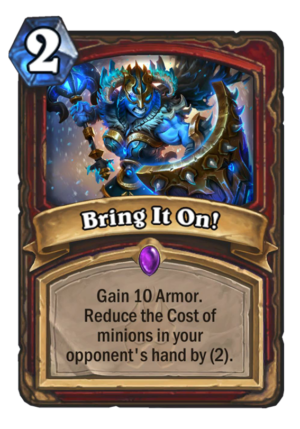 Bring It On! is a 2 Mana Cost Epic Warrior Spell card from the Knights of the Frozen Throne set!

Gain 10 Armor. Reduce the Cost of minions in your opponent's hand by (2).

Brrr, it's cold in here. Let's hope she doesn't have an Auctioneer!
Tweet