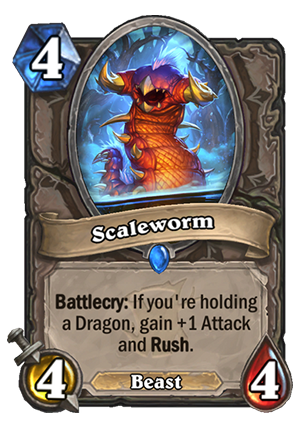 Scaleworm is a 4 Mana Cost Rare Neutral Minion Beast card from the The Witchwood set!

Battlecry: If you're holding a Dragon, gain +1 Attack and Rush.

Strong card to put into a Dragon deck. Since “holding a Dragon” condition is nearly always met by Turn 4, this card can be seen like a 4 mana 5/4 with Rush, and that’s good. Yes, it’s not Duskbreaker level good, but it should be enough to see Constructed play. Most of the time, you will be able to charge into your opponent’s 2-drop or 3-drop and this will still survive. Great example is Tar Creeper – you can trade into it and still have a 5/1 body leftover. That’s great, because now your opponent has to spend extra resources to clear that – even if it’s a Mage pinging it with Hero Power, you still make his turn worse. Other classes might actually need to trade minion, spell, or maybe even not have a way to clear it, and it will deal 5 damage or give you another good trade.

Now, the problem is that lots of good Dragons and Dragon synergies are rotating out. Most importantly, Priest is losing Drakonid Operative, which was one of the most broken cards ever printed. But on top of that, Netherspite Historian and Book Wyrm are also rotating out, which is a big deal.

I think that this card would be a perfect fit into Spiteful Dragon Priest. It’s a Midrange deck, which can’t play removal spells, because they would ruin the Spiteful Summoner and Grand Archivist effects. But, just like Duskbreaker, this can be played – and probably will if the deck is still a thing after the rotation.

It would also fit into any other Midrange/Tempo-oriented Dragon deck, but other classes would need more synergies. Priest can still be carried on the back of Duskbreaker, but other classes just don’t have a reason to play Dragons.

Another thing that might be interesting is a multi-tribe deck. Remember what I’ve said about Nightmare Amalgam? The card would most likely shine in a deck taking advantage of multiple synergies. This is a bit similar – it’s a Beast, but it synergizes with Dragons, so if you put more than one tribe in your deck, you can take advantage of both synergies.

All in all, if Dragon decks will still be a thing (like we get more Dragon synergies), this card should see play. I’d say that the most likely deck you’d put it into is Spiteful Dragon Priest, but any Midrange/Tempo Dragon build would like that. 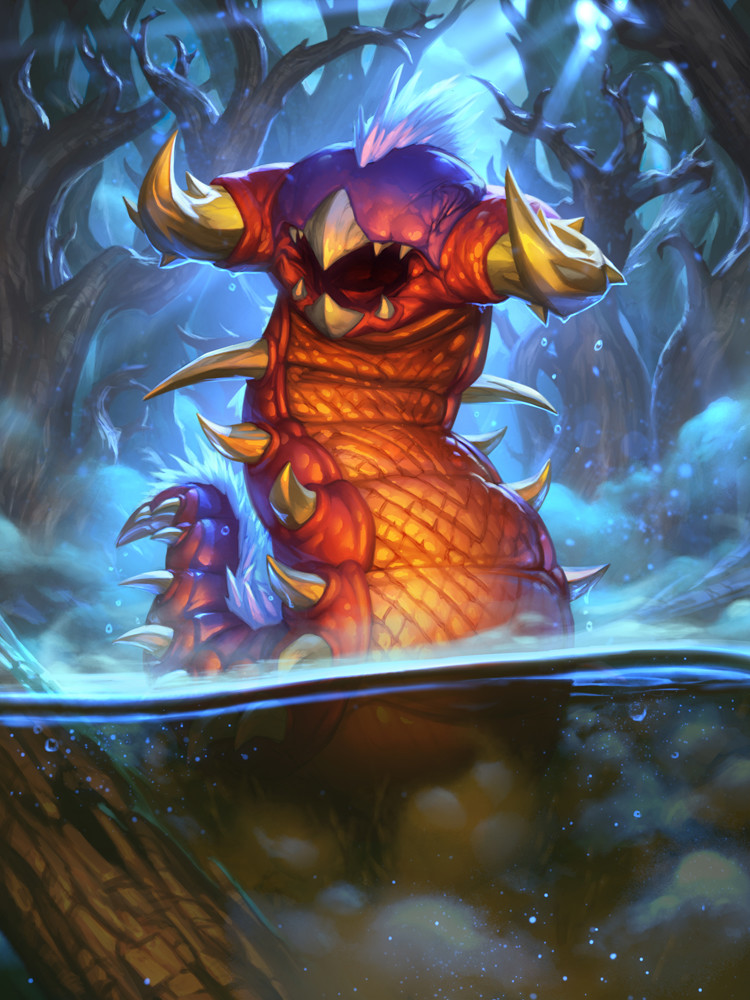