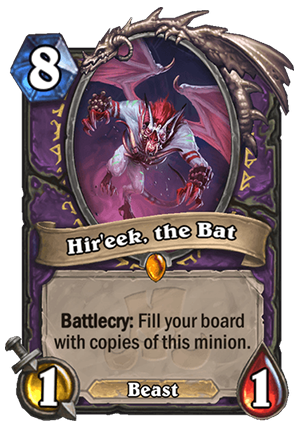 Battlecry: Fill your board with copies of this minion.

The biggest problem with Hir’eek is that it’s a combo card (you NEED to combo it with handbuffs for it to be viable), but you want to play it in Zoo. And Zoo doesn’t want to play combo cards.

It becomes borderline playable, but still probably not good enough for a 2-cards-combo if you hit it with one Soul Infusion. Realistically you would want to hit it with both copies, or get some more buffs from cards like Prince Keleseth or Spirit of the Bat for it to be worth it. But the thing is, it’s not that easy for a few reasons. If you draw it pretty early, not only it’s a dead card, but it’s a discard magnet. Any time you play Soulfire or Doomguard you will have a high chance to discard it. So you don’t want to draw it early. But then again, what if you draw your Soul Infusion / Spirit of the Bat early? You just keep it and not play it? That’s also a bad strategy because of the discards, but also because of the tempo – Zoo is a tempo deck, you don’t want to hold onto cards for a long time if you can play them. You will have a higher chance to win if you hit that Soul Infusion on your Chain Gang, Doubling Imp or whatever and play it as soon as possible than if you hold it for god knows how long.

And if you want a massive late game board refill in Zoo, why not just play Bloodreaver Gul'dan? Yes, it’s more expensive, but you don’t need to combo it with anything – you WILL play a bunch of Demons throughout the game and then resummon a big board. But you know why Zoo decks rarely play Gul’dan, even though it would be more consistent? Because it’s not necessary. That’s not the deck’s game plan. You want to finish the games in the mid game, Turn 7-8 is already very late for the Zoo. If you haven’t won by that point, if you play vs a faster deck, you’re probably dead (because they’ve got ahead and crushed you) and if you play vs a slower deck, they probably have some AoE kept just in case, because they don’t need it that much when you’re in topdeck mode.

And a slower Warlock deck definitely doesn’t want to play it. Spirit of the Bat is not a good card if you don’t run many small minions, especially tokens, so you would be left with Soul Infusion to combo with it. And then you basically get a 3 cards late game board flood like Dragoncaller Alanna in Mage… but Alanna is a single card, not 3. 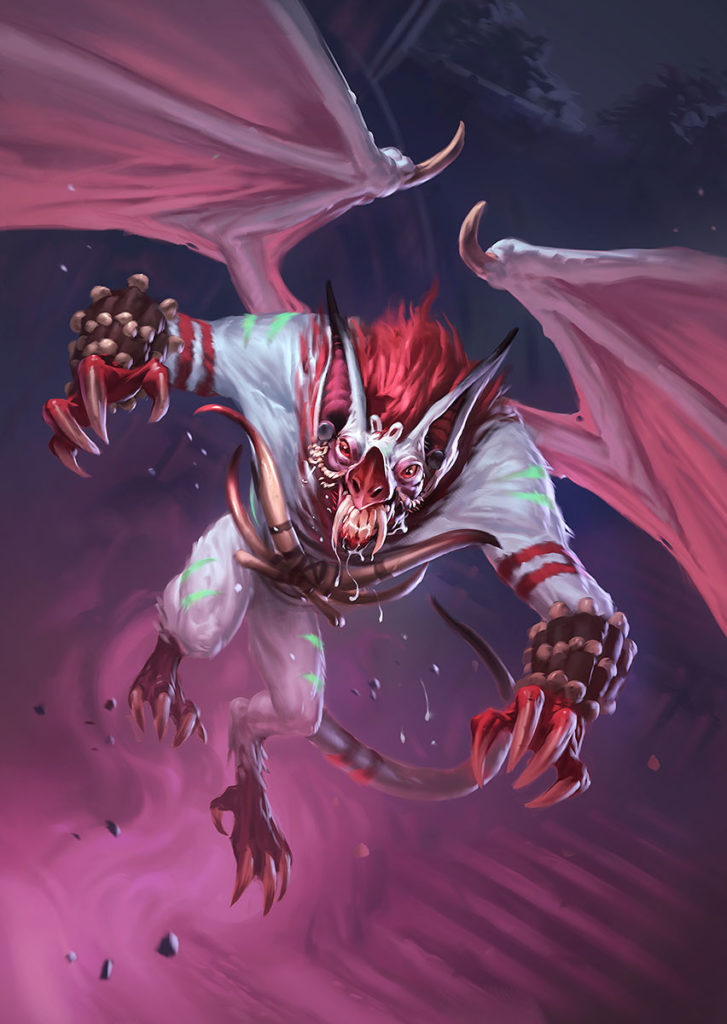