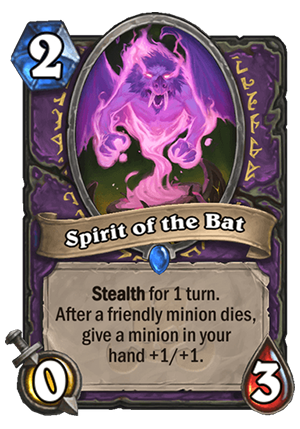 Spirit of the Bat is a 2 Mana Cost Rare Warlock Minion card from the Rastakhan's Rumble set!

Stealth for 1 turn. After a friendly minion dies, give a minion in your hand +1/+1.

Spirit of the Bat Card Review

This is a Zoo card, but not really an amazing Zoo card. Let’s start with the mana cost – while 2 might seem cool, it means that you can’t play it in Prince Keleseth deck. It won’t be a big deal after the rotation (because Keleseth) will be out, but for now I guess that Zoo will still want Keleseth.

The card reminds me a bit of Sonya Shadowdancer. Everyone and their mother said that the card will be insane in Tempo Rogue, and it turned out to be okay there – it wasn’t even a staple. And Sonya was way more powerful than this is – you’d rather get 1/1 copies of the minions you lost than +1/+1 buff on a random minion.

Another point of comparison would obviously be Soul Infusion. You get +2/+2 for 1 mana, so in order for it to be really worth it you’d probably need to get at least 4 triggers. And even then, the advantage of Soul Infusion is that you can more or less control what will get the buff. And that’s actually not that easy. Faster mirrors are mostly about trading blows, you rarely stick many minions on the board. And in slower matchups you often prefer going face, or your board is constantly getting AoEd.

Yes, if this card sticks to the board, it can snowball it in the long run. But how often a 0/3 minion sticks to the board? If it did often, then Shaman decks would be absolutely busted thanks to the Flametongue Totem. But the truth is that after you get your initial value, it’s usually cleared.

The card has obviously great synergy with Loa – Hir'eek, the Bat, but that’s like a pipe dream. Hir’eek is a combo card and Zoo is not a combo deck.

Maybe it will see some play in token-heavy Zoo after the rotation, when Keleseth is no longer there. But even then I’m not sure. Right now it doesn’t look too strong. 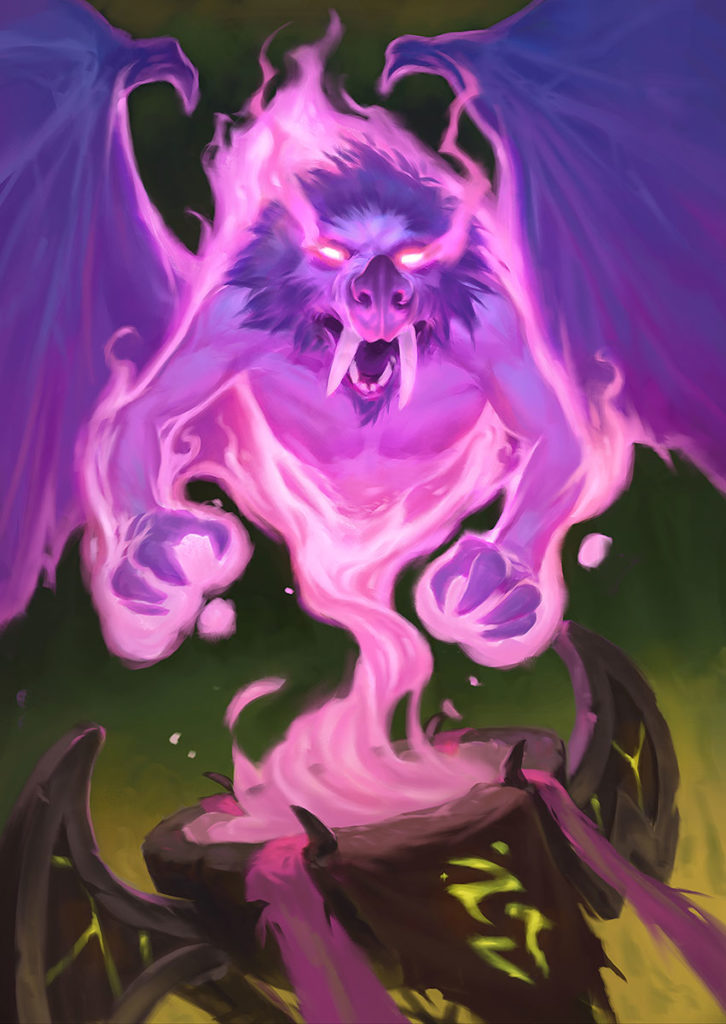