It’s September 2016 and the 30th Season of the Hearthstone Ladder. Let’s take a look at which decks are at the top for each class in the game for the Standard Ladder!

Also, here’s the card back you’ll receive for making it to Rank 20! 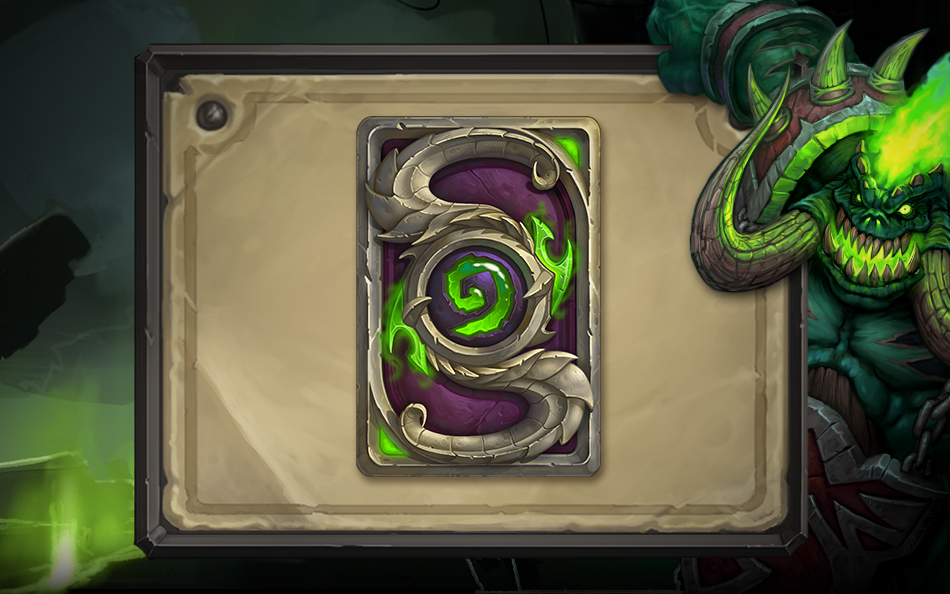 I’ve listed the best decks for each class, it doesn’t mean that the deck is going to kill it on the ladder, but that it is likely the best for the class. A class like Priest at the moment is bottom tier, so while you’ll be playing with Priest’s best deck it doesn’t mean it you will be able to climb reliably.

This may be the best deck in the game currently. Apxvoid finished Rank #1 Legend with Fr0zen’s version of the deck in Season 29. The deck added a couple of the newly released Arcane Giant to make it even more threatening.

Blizzard has continued to keep throwing tools at Beast Druid, and I believe they’ve finally landed on a card that puts the deck over the edge with Menagerie Warden. The deck also got Enchanted Raven which functions as an early game stopper and target for Mark of Y'Shaarj.

Midrange Hunter has improved quite a bit with Kindly Grandmother & Barnes adding quality minions and the ability to win the game with a Savannah Highmane roll.

It remains to be seen where this deck really sits in the meta, but it can be very powerful and generate a lot of Tempo with Cloaked Huntress

Tempo Mage got some new cards, but it’s a bit early to tell how good Babbling Book is in this deck. It’s getting mixed reviews, however, Firelands Portal is looking like a pretty good addition to the list.

Warrior has lost a bit of popularity which leaves the door open a bit wider for Freeze Mage. Laughing was able to get to Rank 5 Legend with his list.

This is an interesting Control/Combo list that uses Ivory Knight, Barnes, and The Curator from One Night in Karazhan. I’m not sure how good the deck is yet, but it has put up decent results.

If you’re looking for something pretty different then this Dragon Zoo deck is a fun change of pace for Paladin. We’ll see how the deck sets up with the last wing releasing from Karazhan.

Secret Paladin is still a solid deck no matter how many people still hate it!

Priest found itself a pretty decent deck, it also got itself some pretty strong cards in Priest of the Feast and Onyx Bishop. Let’s just forget about Purify though.

Tempo Rogue has seen a bit of a revival and now can be played without banging your head against the wall.

Miracle Rogue remains as one of Rogue’s best options for climbing the ladder.

Aggro Shaman added a bit of AOE to the deck with Maelstrom Portal!

The continual pillar of aggressive board control decks maintains its spot as Warlock’s best deck.

One of the best decks in the game currently and gained some late game draw with The Curator!

Control Warrior is still the high mark for all Control decks. The baseline version of the deck seems to still be being worked on.

If you like comboing your opponent down from 30 Health then this is likely your best option!