Black King is the third boss of the first wing in One Night in Karazhan. 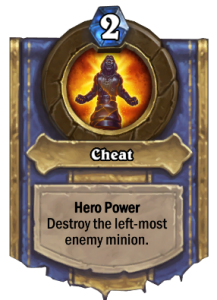 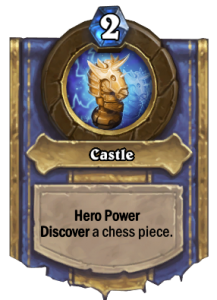 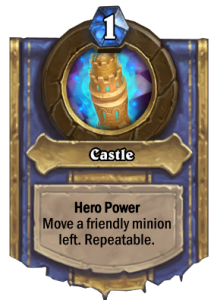 In the mulligan phase you are pretty much always looking for two Pawns and a Knight. The other pieces are generally too slow and will likely just sit in your hand.

You will always go first so you should pass your first turn so that you get full value out of your first Pawn. In the early game, you will generally not have to worry about the Cheat Hero Power because the Black King will always be playing minions which doesn’t give him enough mana to utilize it.

There’s a limited time for you to start dealing damage to your opponent because of your deck size. You’ll want to try to remove pieces in the early game, but start to try to do damage in the mid-late game. If the Black King plays a Bishop you’ll want to try and remove it with your Knight. The Knight functions as removal and can be utilized to take out the Queen if the Black King is able to develop one.

You’ll want to use your Queen as the main damage dealer so playing it to the far right is your best bet to avoid it being killed by Cheat. Again, you can’t be too slow when dealing damage because you will run out of cards and slowly lose to the Hero Power.

Your Hero Power is generally used to take advantage of any matchups on board or to move a piece to the far left. Something like a Bishop that has healed for a turn or two is a great piece to send to the left because you should be wanting to deal damage in the late game and he takes up a valuable spot.

The main takeaway is to use your pieces in a way that allow you to get double damage out of them, use your Knight as removal, use your Hero Power to get rid of your weakest minions, and use the Queen to finish him off!