As Hearthstone became more and more about resource generation and uniquely generated game states over the years, all archetypes had to follow suit along the way. Aggro decks, the ones with the tightest gameplans and the most limited card draw options, also reached this point by 2022, which means you’ll need to play them very differently than you needed to back in 2014. 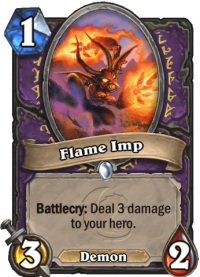 The aggro playstyle is often derided by casual players. Of course, you can list poor arguments for each of the main deck archetypes’ supposed brainlessness: combo decks play solitaire and then they kill you instantly while control decks do nothing but keep on removing everything on the board over and over again until you run out of steam. By the same poor argumentation, aggro decks vomit out minions onto the board, ignore trades and sing “me go face” until the opponent’s portraits explode.

In reality, aggressive decks have about as many critical decision points as their counterparts, but they are condensed into a shorter portion of the game. Mulligan choices and selecting two seemingly identical minions to play out on turn one, or deciding to trade or ignore on the next couple of turns (and how many cards to commit into a potential AoE) have a massive impact on players’ winrates. It is certainly true that most old-school aggro decks were pretty much on autopilot mode by turn five, having exhausted most of their cards, and therefore choices, but the pathway to that point was always twisted and narrow, fraught with danger and potential missteps.

Even then, we had to differentiate between more board-centric aggressors like Zoo Warlock and the purer variations like Face Hunter and Shockadin, decks that treated their minions as little more than heat-seeking missiles going towards the opponent’s face, with a single impact being more than enough to serve their purpose. Going back to Classic Mode these days, having a better understanding of the game as a community and much more data to work with as a regular player, it’s striking just how much weaker the latter approach objectively turned out to be despite what we thought at the time.

Hearthstone’s lack of options to interact with your opponent’s turn and the attacker’s ability to sequence the attacks give aggressive archetypes a massive leg up over their opposition compared to other card games. Even the streamlined and consistent mana system helps out in this regard as they are the most likely to make good use of the early turns.

All these elements influenced future card design, eventually reshaping how all decks, including aggressive ones, played in the game. Resource generation kept becoming a larger and larger portion of the gameplay experience, changing what was required from each archetype to stay competitive.

It All Began With Face Hunter 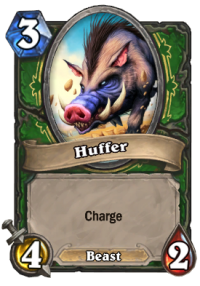 The evolution of Face Hunter as an archetype serves as a great test case of how all-out aggro decks ebbed and flowed throughout the history of Hearthstone, getting different tools across the years. Just consider how impactful a small card like Glaivezooka was in Goblins versus Gnomes because of that paltry extra stat on the minion and the added burn tool to the build.

In BRM, the addition of Quick Shot, a single conditional card draw (and a burn tool for 2×3 damage across the two copies) was also a massive boost to the archetype. Such margins are way behind the curve nowadays as more and more resources are available for all decks across all archetypes in the game. Over time, Face Hunter fell off the radar, giving way to more explosive archetypes like Oil Rogue that had greater swing capabilities. Completely giving up the board after dominating the first few turns was no longer viable as cards like Antique Healbot and Sludge Belcher entered the metagame.

A large benefit of taking the tempo lead in Hearthstone is that it also forces your opponent to make inefficient choices in order to avoid getting blown out of the game. You may use four cards to gain complete board control by turn three against a slower deck, but they will then have to throw away all their playable cards in a suboptimal manner in order to even try to claw their way back or risk taking too much damage.

This dichotomy becomes a lot less important when every class can reload: generating extra minions to continue pushing on the board, Discovering additional removal spells or healing for your full starting hit point amount all break the numbers behind the old Hearthstone decks. Draw one card a turn, play minions with stats close to what the Vanilla Test would suggest, deal a fair amount of burn damage based on the available mana? You’d have a 0% winrate nowadays with a deck like this.

Even recent Face Hunter decks from Forged in the Barrens had 3-card draws with Barak Kodobane, additional board presence with Kolkar Pack Runner, plus the usual ability to get overstatted minions on the board in the early game – and all other viable aggro decks can now “cheat” some sort of resource the same way their slower counterparts can. 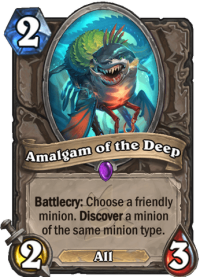 Though the tribal decks from the first days of the Voyage to the Sunken City expansion are not necessarily the most powerful ones, their IKEA-like ease of assembly often makes them the dominant performer in the first few days while the other archetypes are fine-tuned by the playerbase. In this case, it was Pirate Warrior and Mech Mage that had an outsized impact, with Aggro Demon Hunter builds only emerging soon thereafter. All three of these decks show just how different aggressive archetypes became by 2022.

It’s rare to see any of these decks run out of cards, and if they do in the case of Pirate Warrior, they have an automatic refill on the field in the form of The Juggernaut by that time. The popular Mech Mage builds had six different ways to discover additional cards (and it’s no surprise that the Swiss Army Knife-nature of Amalgam of the Deep makes it a key part of every aggressive deck in the metagame) and a completely unreasonable amount of extra burn with discounted Mecha-Sharks.

If you look at the Aggro Demon Hunter decks, it’s perhaps the fairest of the three when it comes to playing on the board – but it’s the burn department where it more than makes up for it. Be it Kurtrus, Demon-Render’s Hero Power or shenanigans with Multi-Strike and Fury (Rank 1), they also get to dish out unreasonable Attack damage across multiple targets in one fell swoop – something old Face Hunter decks could only dream about.

You can’t play fair in modern Hearthstone – and rest assured, aggro decks don’t do so either nowadays. Be it extra minions to sustain their early tempo lead, mana cheating or the efficient generation of additional burn, it’s mainly the quality of these tools that determine the viability of decks in recent metas.