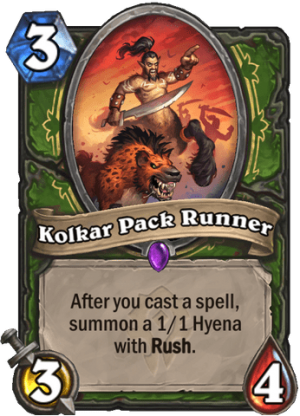 Kolkar Pack Runner is a 3 Mana Cost Epic Hunter Minion card from the Forged in the Barrens set!

After you cast a spell, summon a 1/1 Hyena with Rush. 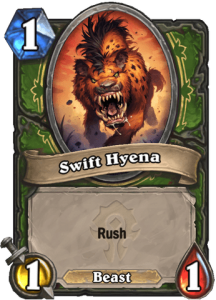