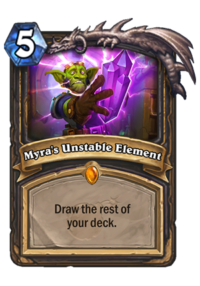 I believe that 2x Fire Fly instead of Face Collector and Arfus would be better. Those 2 legendaries are here for extra fun.

Remember that there are more card from The Boomsday Project expansion to be revealed, so I will hopefully update this deck soon.