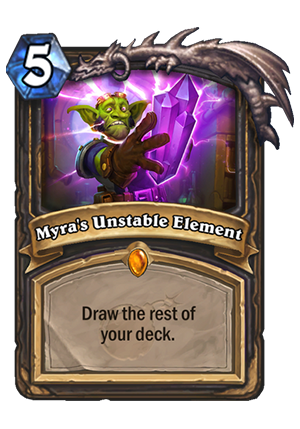 Draw the rest of your deck.

First of all – Legendary spells! It was only a matter of time until we get them, and finally, it’s time. If other will be as crazy as this one, I’m not sure if it won’t hurt my mental health.

This is one of the most insane cards in the entire game. Yogg-Saron, Hope's End is probably the only more crazy card, at least it was before the nerfs. Drawing your ENTIRE deck for 5 mana is an effect that is incredibly powerful (as it fills your entire hand for just 5 mana) and punishing at the same time (as you burn most of the cards and land straight into the fatigue). Which makes it a hardest card to rate out of that bunch too.

Normally, massive cycle cards are best in combo decks. If you can cycle fast, you draw your combo pieces and finish the game. In this case, however, you literally cycle through your entire deck. Even assuming that it’s the only card in your hand (very unlikely) and you have 15 cards left in your deck, there is a very high chance that you will burn a vital card, sucha as Malygos or Leeroy Jenkins.

Maybe Miracle Rogue? Well, it makes some sense. But I think that this card would need to be powerful is more Fal'dorei Strider-like cards to be played in this kind of decks. Cards that shuffle extra stuff that does something when drawn. In that case, this card could be a massive finisher. First fill your deck with such effects, then pretty much activate most of them at once. Sure, you would not activate the ones you burn, but you would still most likely end up with a few 4/4’s and whatever other effects they introduce. As well as full hand, of course.

Technically it would be amazing with King Togwaggle, but you really have no way to burn their treasure…

Fatigue is a big deal, but not for the first few turns. Like, you can play 4 turns into fatigue and only take 1 + 2 +3 + 4 = 10 damage. It’s not a big deal in most of the cases. It starts ramping from there, but you still have some time to finish the game. You can also be pretty sure that you won’t run out of resources by that time, since 10 cards is a lot to go through.

Right now, even disregarding any kind of crazy combo, I see another use for it – a finisher in aggressive Rogue, such as the Odd build. Like a massive Divine Favor, or all-in Aluneth. When you’re running out of steam, you lose the game anyway. Casting this gives you a few extra turns and LOTS of resources to close out the game. The worst thing about it is that it’s a dead card most of the game, and it costs 5 mana, so you aren’t doing that much on the same turn you play it. Still, same could be said about Aluneth, and yet the card was insane, because dying to fatigue after 5-6 turns is much better than being in topdeck mode when it comes to Aggro decks.

So, like I’ve said, this card is insane. It’s really broken, no matter how you look at it. It’s one of those cards that will either be deck-defining or useless. Right now, I would say that it SHOULD see play in aggressive Rogue decks. Despite the fact that you end up in fatigue, you have a very high chance to draw your high tempo cards, burst damage etc. and just finish the game. If you’re in top deck mode for 3-4 turns you’re pretty much guaranteed to lose anyway, and this can turn the tides. In the future, though? Sky is the limit. Current theorycrafts, like Toggwaggle and Malygos decks look terrible, but I’m pretty sure that this card will be a part of some crazy deck at one point. Even if not this expansion, even if not in Standard, then maybe a few years from now in Wild. This is just such a powerful effect that it will definitely find a home in some high tier deck at one point.

Card rating: 9/10, even if not immediately 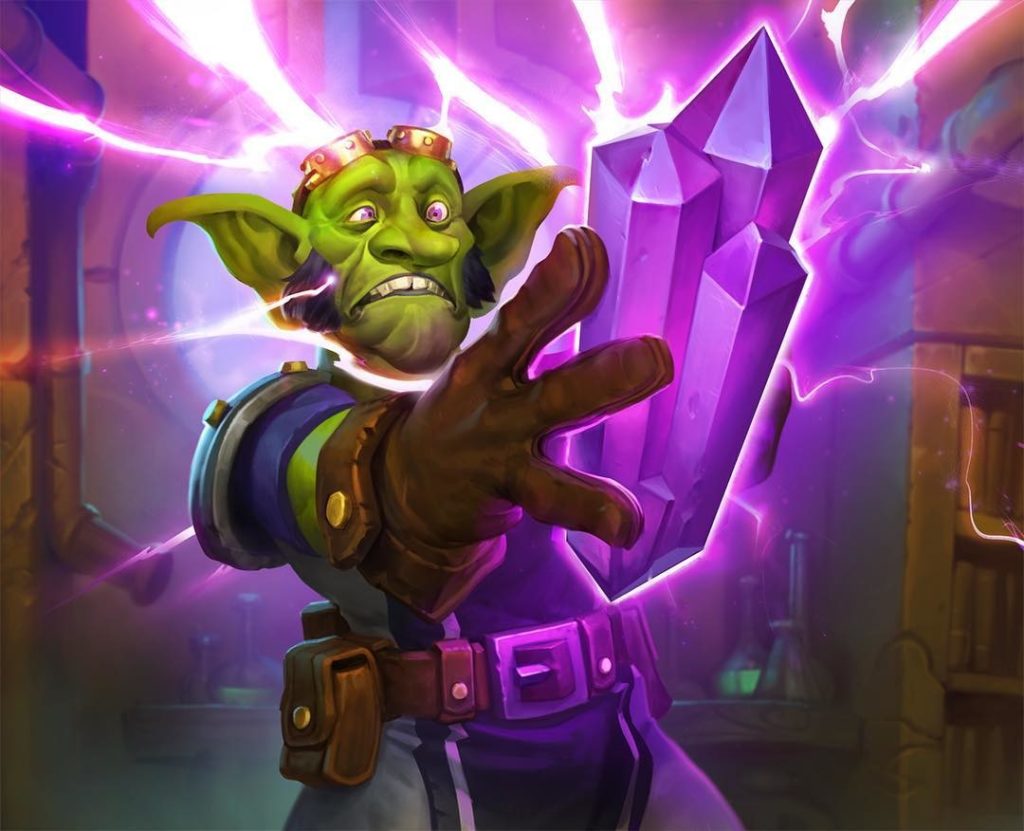