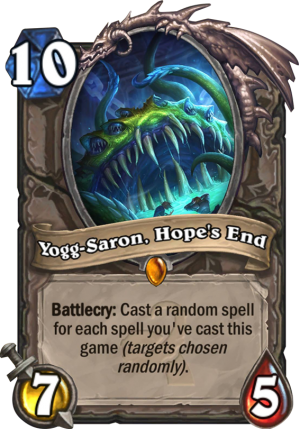 Yogg-Saron, Hope’s End is a 10 Mana Cost Legendary Neutral Minion card from the Whispers of the Old Gods set!