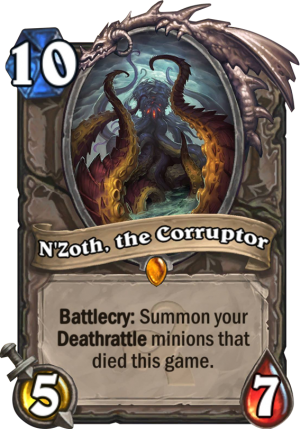 N’Zoth, The Corruptor is a 10 Mana Cost Legendary Neutral Minion card from the Whispers of the Old Gods set!

Battlecry: Summon your Deathrattle minions that died this game.

Has not been able to get "Under the Sea" out of his head for like FIVE THOUSAND YEARS.
Tweet

Cards Relating to N'Zoth, The Corruptor