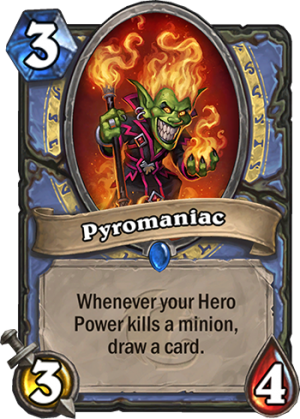 Whenever your Hero Power kills a minion, draw a card.

Let’s start off with the fact that this card is absolutely nuts in Arena. 3/4 are premium stats for a 3-drop and you would play a 3 mana 3/4 without any effect, period. Anything extra is a nice bonus, and in this case the bonus is REALLY nice. You use your Hero Power to finish off minions quite often, and if you can draw an extra card sometimes, it makes the card even better. Especially after Turn 5, when you can play this + Hero Power on the same turn.

But since we’re rating cards for Constructed, I’m no longer THAT optimistic. It doesn’t really fit into the regular Mage decks. Tempo Mage would like the 3/4 body, but it doesn’t like pinging minions that much. Plus it has some better draw options, such as Stargazer Luna or Aluneth. On the other hand, slower Mage decks don’t really need card draw as it is. It has nice Frost Lich Jaina synergy, but once you’re that late into the game, you rarely need or even want to draw.

However, this card would be amazing in Odd Mage. It’s mostly a Midrange/Tempo deck, but it actually wants to Hero Power, since it deals 2 damage instead of just pinging. 3/4 stats are solid, and drawing a single card from it should be pretty easy (with a possibility for more, of course).

Odd Mage would need a lot more support to be viable, but it’s a good start, actually. I don’t see how it would work in other Mage decks, though. 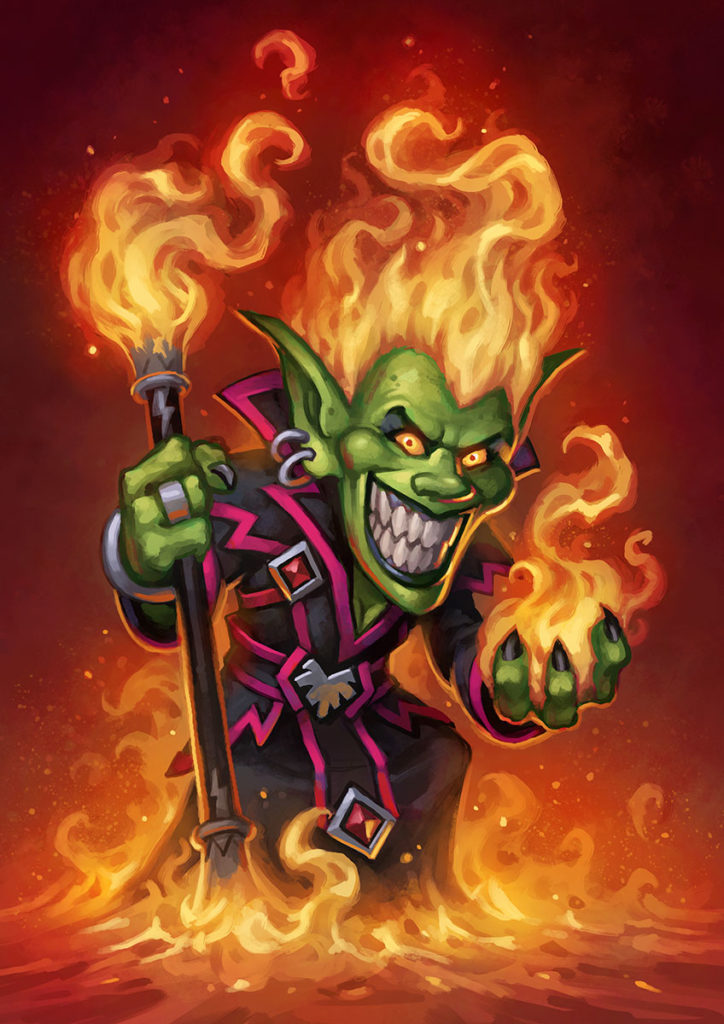