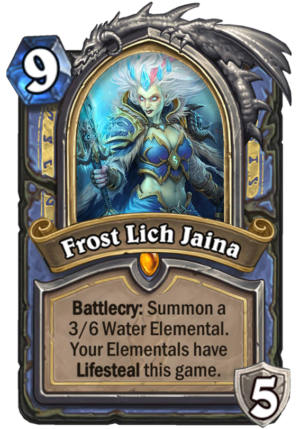 Frost Lich Jaina is a 9 Mana Cost Legendary Mage Hero card from the Knights of the Frozen Throne set!

Battlecry: Summon a 3/6 Water Elemental. Your Elementals have Lifesteal this game.

"Arthas was a spoiled child, playing with toys he could neither control nor understand. Come into the cold. I will show you the true power of the Frozen Throne."
Tweet 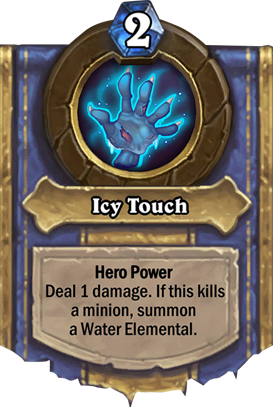