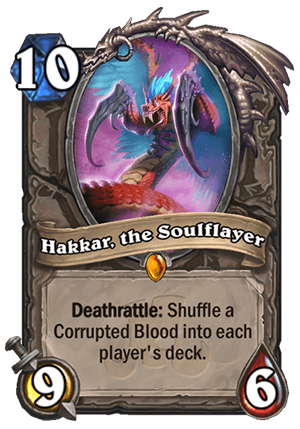 Hakkar, the Soulflayer is a 10 Mana Cost Legendary Neutral Minion card from the Rastakhan's Rumble set!

Deathrattle: Shuffle a Corrupted Blood into each player's deck.

ATTENTION: Do not enter any major city while infected with the Corrupted Blood!
Tweet 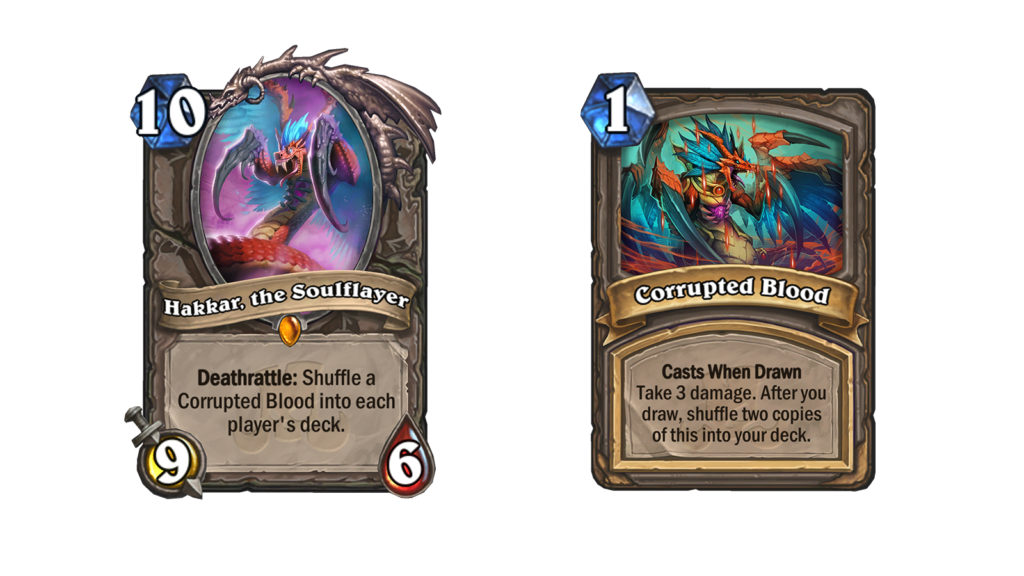 Cards Relating to Hakkar, the Soulflayer

This is a very weird card, which is really difficult to rate. On the one hand, I can see how combo decks built around it can have some potential. If you can play it, kill it off and then either force your opponent to draw more cards, or shuffle more cards into your own deck, or get rid of the Corrupted Blood in your own deck (e.g. with Hemet, Jungle Hunter). Then the longer the game goes, the more damage your opponent takes when compared to you.

On the other hand, the combos are incredibly clunky and difficult to use. First of all – this card costs 10 mana, so you can’t drop your combo earlier with a good draws or something like that. Then, it shuffles the Corrupted Blood on Deathrattle, not Battlecry, which means that if you don’t kill it immediately, you give your opponent a chance to counter it (and, because of the 10 mana cost, you have to cheat it out somehow to do it). And even when you pull off your combo, you spend your entire turn doing absolutely nothing for the board state etc. and the combo doesn’t instantly kill your opponent. Depending on when you drop it, and the RNG, it might take you many, many more turns to win the game. Let’s say that your opponent still has 10 cards in his deck and you can’t force him to draw more. If the Blood is his 7th card, for example, he still has multiple turns to kill you, and then it doesn’t kill him immediately. If you get unlucky, even if your opponent has much less cards in his deck than you do, you can still start shuffling the blood first and it can snowball hard – you might kill yourself with your own combo (unless you somehow get rid of the Corrupted Blood in your deck. And finally, the entire combo is countered by Skulking Geist – although that one rotates out in

To be completely honest, I think that this card is more meme-tier than Mecha'thun is, and Mecha’thun is already a questionable combo deck (Mecha’thun Priest & Warlock are playable, but not very competitive). However, at least when you set it up, it kills your opponent right away. You win the game. Same goes for let’s say Malygos combos – when you drop your entire combo, your opponent is dead. It’s not the case here.

In the current state, I feel like the card can serve only as a counter for those slow combo decks that want to shuffle through the most of their deck or even an entire deck. For example, this is a hard counter to Mecha’thun decks – assuming you get it down first and kill it off before it gets Silenced. Since you shuffle cards into their deck and those cards shuffle even more, the Mecha’thun’s condition will never trigger.

Unless I’m missing something very important, this card is very cool, but I just can’t see it working consistently in an actual deck. It’s harder to pull off, slower and easier to counter than your average combo – so why in the world would you play it over other combos?

Card rating: 1/10 (unless Mecha’thun decks become Tier 1 and are all over the ladder) 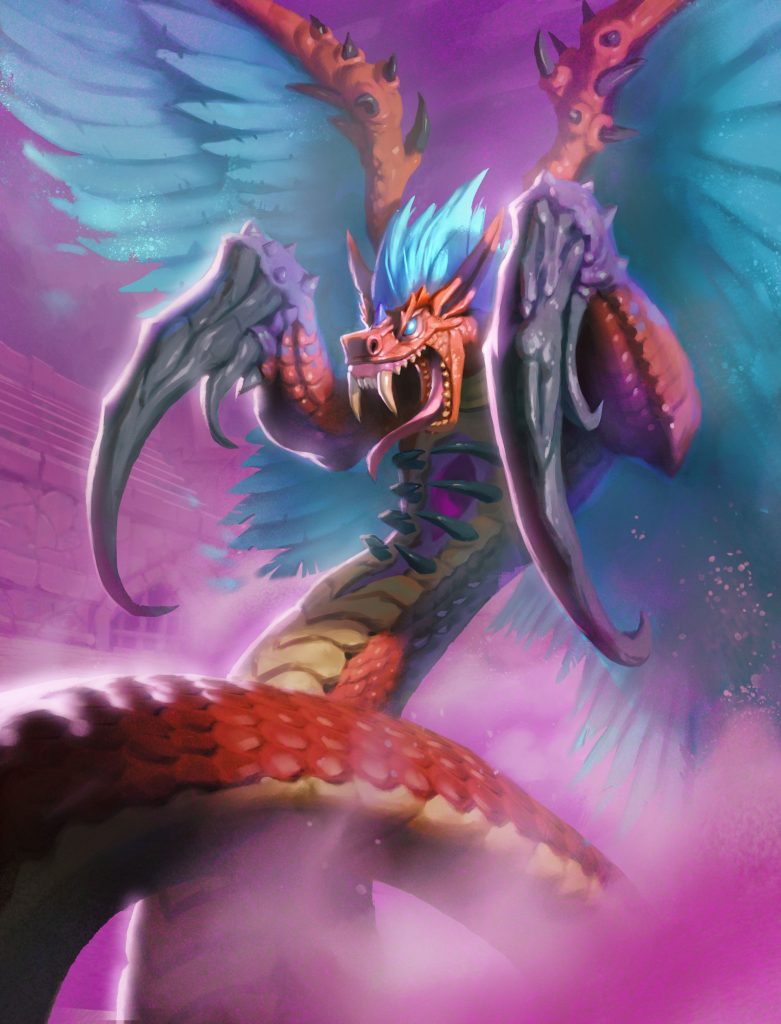