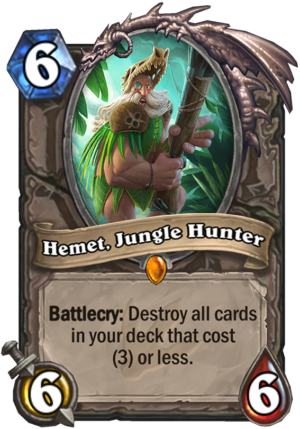 Battlecry: Destroy all cards in your deck that cost (3) or less.

The goblin travel agency lost his luggage, but he's still having a great vacation!
Tweet