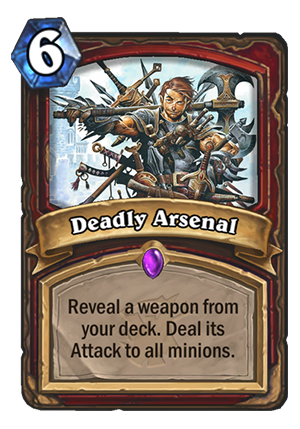 Deadly Arsenal is a 6 Mana Cost Epic Warrior Spell card from the The Witchwood set!

Reveal a random weapon in your deck. Deal damage equal to its Attack to all minions.

Interesting concept – it’s like Dragon's Fury for Warrior, except that it looks at the weapon’s attack instead of its cost. It basically means that if you play it, you don’t really want to run a weapon with less than 5 attack. Maybe 4 if the weapon is really good, but we don’t have 4 Attack Warrior weapons in Standard anyway. You absolutely don’t want to pay 6 mana for 2-3 damage AoE (why not just play Warpath instead, then).

In order to run this card, you need to drop the Blood Razor, as well as any other “cheaper” weapon you could have – e.g. Fiery War Axe or the new Woodcutter's Axe. Blood Razor, however, is the most severe loss in any kind of Control-oriented Warrior. The weapon is just great, especially in a meta with lots of token-oriented/board flood decks.

Right now, this card only works with Arcanite Reaper and Gorehowl. However, Arcanite Reaper is more of an aggressive weapon, and Gorehowl is a bit difficult to run more than one copy of (even one copy can be slow and clunky at times). In order for this to be consistent, I’d say that you’d need to run 3 copies in total – maybe 2 at lowest, because Dead Man's Hand could shuffle more back into your deck when you draw them.

Right now, I just don’t think it’s worth it. This card could be much better as an Odd-Cost card instead. In Odd Warrior, you wouldn’t be able to play the 2 or 4 mana weapons anyway, so this would make sense. But since it’s Even, you can’t put it into an Odd deck. So what’s the point?

While it’s true that Sleep with the Fishes rotates out and Warrior will be looking for another board clear, I will most likely stick with Brawl and try out both Warpath and Reckless Flurry before this. Maybe in the future, if we get some strong 4+ Attack weapons for Warrior, but I just don’t see it right now. Like, if we could replace Blood Razor with Death's Bite, then I’d dig it. 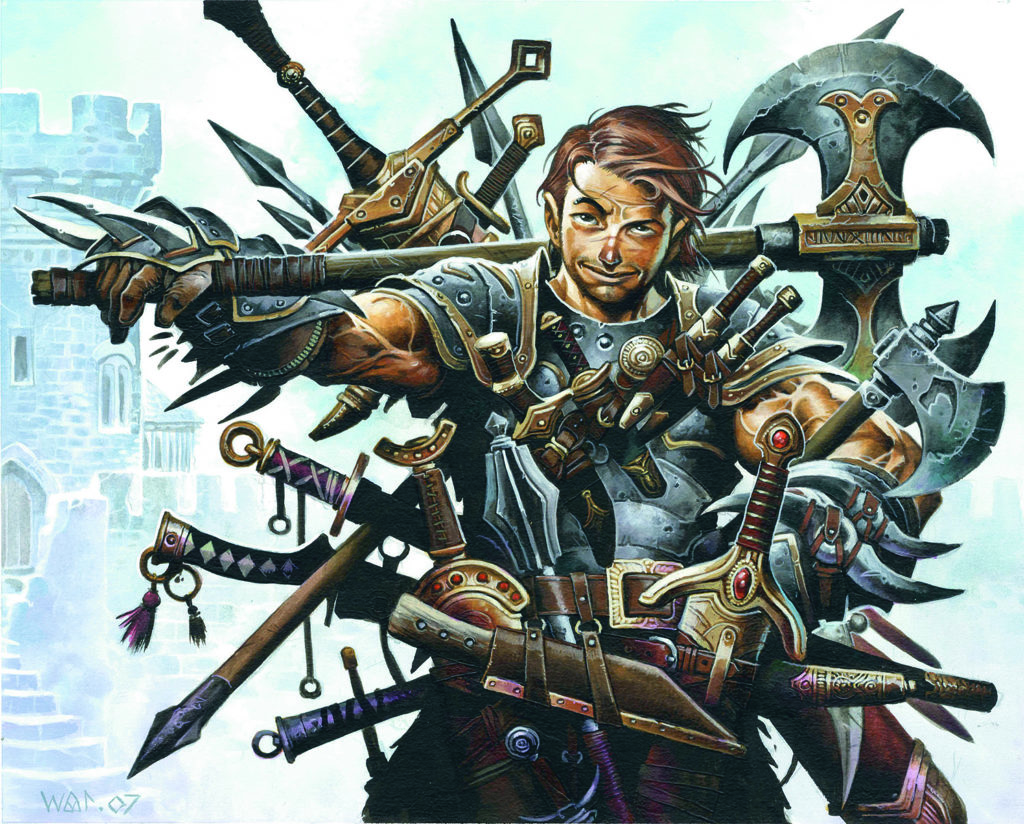