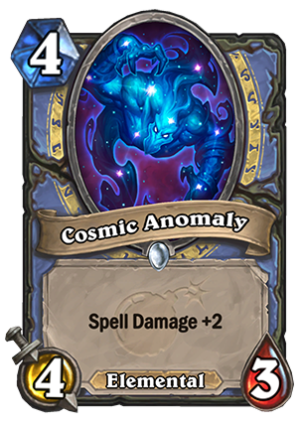 Mage is getting some solid Spell Damage minions and synergies this expansion, and I like it. This card seems pretty powerful, but only in the right deck. You could say that technically since Evolved Kobold has seen play, this also might. But that was when Emperor Thaurissan was in play, and Kobold would be just as strong as this one in Freeze Mage, since it’s the Spell Damage part you cared about anyway.

Thanks to the body, however, this might see play in regular decks, unlike a 2/2 Kobold. 4/3 for 4 is still not great, but it’s a 3 mana worth of stats for 4 mana, not a ~1.5 mana of stats for 4 mana. 3 health is harder to take down than 2, and 4 attack means that it can pack some punch if it survives. It’s about as good as it can get on a +2 Spell Damage minion… Spell Damage is a pretty expensive mechanic. Like, remember cards like Spellweaver or Darkmire Moonkin? They’re way, way more severely under-statted than this one.

As for where it might be useful. Tempo Mage is the first candidate. The deck’s 4 mana slot is awkward right now, with Lifedrinker, which honestly isn’t the best card. Is this better? Hard to say. Right now I’d say they’re similar. On the one hand, Lifedrinker is guaranteed to deal 3 and heal for 3. This one isn’t, but as soon as you combo it with at least 2 spells, it deals more damage. Plus it has a better body. Not to mention that the spells can be used for board control – like 5 damage Frostbolt to clear some Taunt and keep your minions alive. That said, I feel like the deck would really need another cheap damage spell before really taking advantage of this effect.

The deck I could see this most useful in some kind of Spell Damage. A deck that specifically runs Spell Damage minions along cheap spells to make them much stronger. Just to give you an example – the new Shooting Star spell is perfect for this kind of build. 1 damage to 3 minions for 1 mana is okay, but 3 damage to 3 minions for 1 mana is bonkers. Same goes with something like a simple Arcane Explosion – it’s 3 AoE damage with +2 Spell Damage. Those kind of spells benefit most from Spell Damage. Too bad Arcane Blast is not in Standard, because it would be amazing with this card too. That’s the main problem I see – not enough cheap, damage spells. But we still have a few cards left to be revealed, so there is still some chance that we’ll get another one.

Overall, the card definitely has lots of potential. It’s +2 Spell Damage on a solid body, with an Elemental tag. It will see play sooner or later. Might not be now, because it feels too slow for the Burn Mage, and the Spell Damage build is not fleshed out enough yet. 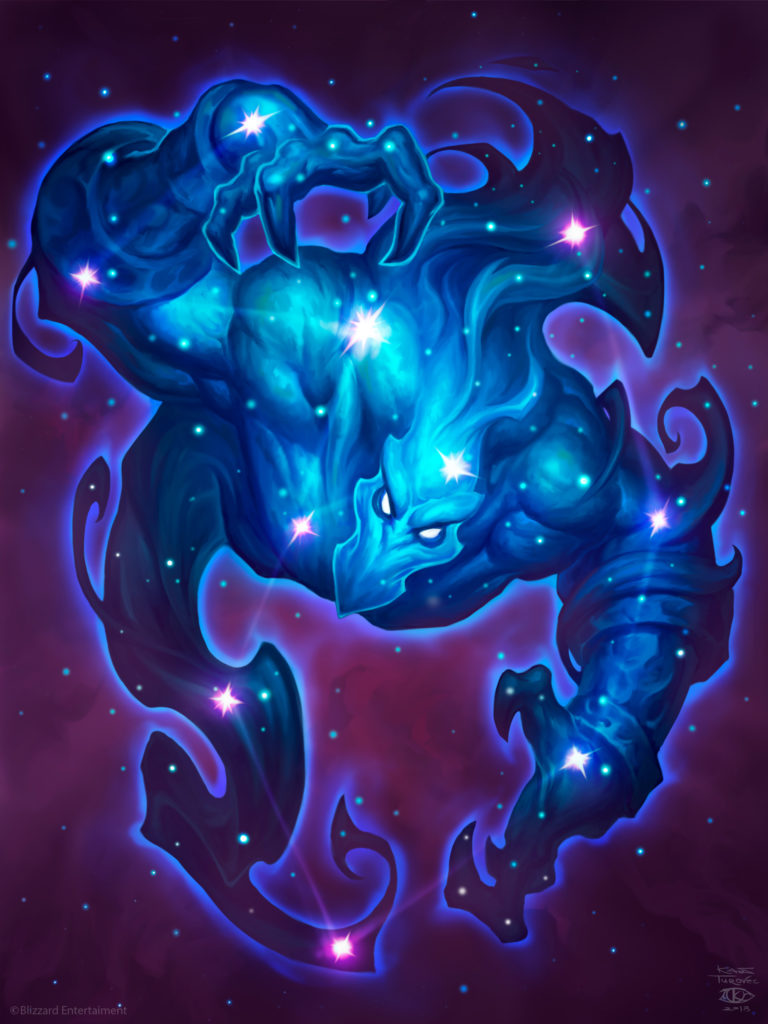