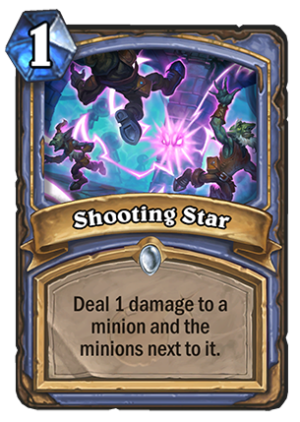 Shooting Star is a 1 Mana Cost Common Mage Spell card from the The Boomsday Project set!

Deal 1 damage to a minion and the minions next to it.

I like this card. Dealing 3 damage for 1 mana is obviously powerful, so it’s just a matter of how well you will be able to use it. For one, it works extremely well as a sort of mini-AoE against board flood decks, like Odd Paladin or Zoo Warlock. It’s a cheap spell, so it can give your Mana Wyrm +1 Attack, be discounted to 0 with Sorcerer's Apprentice etc. It’s basically a controlled version of Arcane Missiles (which also scales better with Spell Damage). In an aggressive deck, you’d prefer Missiles, since they can hit face. But if you play a more board-control oriented deck, Missiles hitting face is just bad for you.

There are two main problems with this card. First, by itself it’s really meta-dependent. In a faster, board-flood meta, it has insane tempo potential. Like clearing three small minions for 1 mana. And second, there is no deck it would really fit into. Tempo Mage prefers Missiles, and Control Mages don’t want to play it because it ruins Dragon's Fury (and Raven Familiar to a certain extent). So is there a deck you would want ot put it into at all?

Well, just like in case of Arcane Anomaly, there might not be one yet, but I feel like Spell Damage Mage can be a thing. This card has insane synergy with Spell Damage. You could play it either alongside Anomaly, or Celestial Emissary to deal 3 damage to 3 targets. Usually more than enough to clear early game boards vs Aggro. Even +1 Spell Damage (e.g. Bloodmage Thalnos) might be good enough, pushing it up to 2 damage. Right now that’s the kind of deck this card would go into.

In the future, who knows? Especially after Dragon's Fury rotates out, Control Mage will no longer be inclined to remove all of the cheap spells from the deck. This will be a solid tech card against board-flood heavy metas. While it might not seem very powerful right now, I like it. 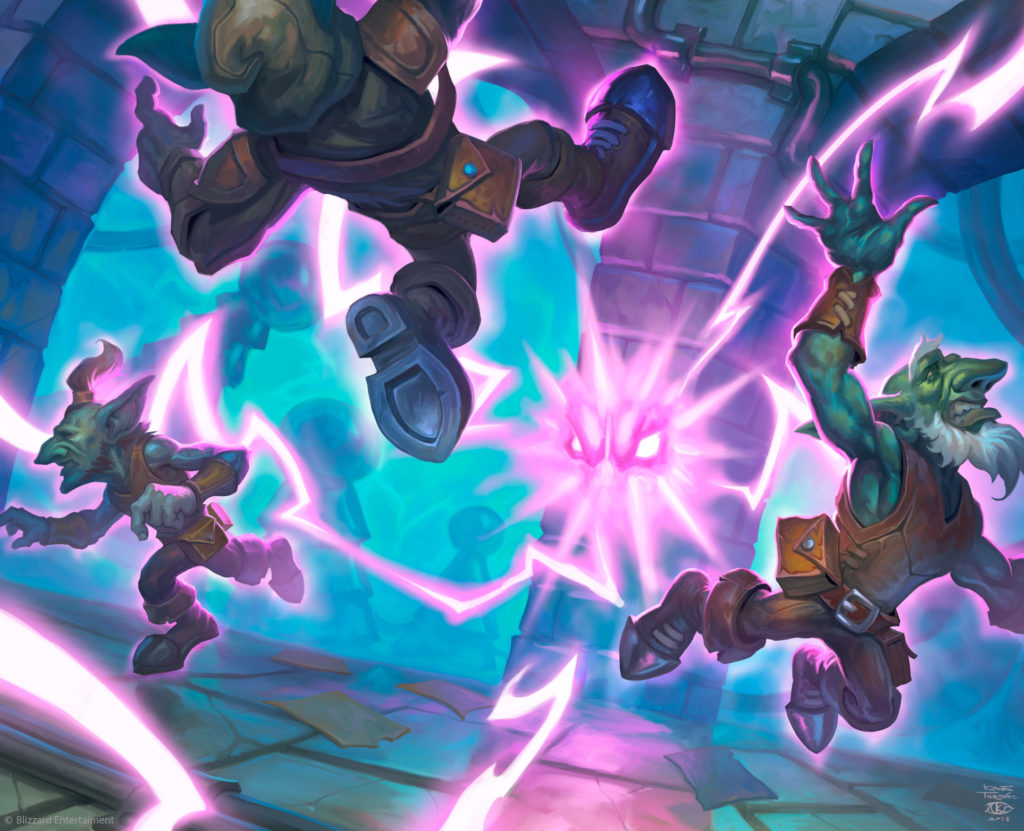