The Year of the Dragon’s bringing a brand new Arena experience alongside many other highly anticipated changes: a rotational system of “seasons” featuring a specific selection of card sets from the game’s past and present. It’s a massive change with many obvious benefits and also yet another system to pile upon the already fairly complicated structure that governs the drafting experience. While these changes are undoubtedly positive, the issues we’ve occasionally since before with the bucketing system – grossly incorrect initial pairings and way too slow updates plus a lack of publicly available information – could be even more detrimental to the Arena experience than before if they were to remain unchecked.

The Year of the Dragon announcements feel like a checkbox of community wishlists. The Adventure experience is coming back without sacrificing the current release regimen, massive problem cards were pushed into Wild, important quality-of-life improvements like the smarter deck builder are rolling in and even Arena got some love with a move that should greatly enrich the gameplay experience going forward. 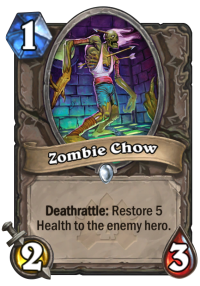 The two main concerns about the Arena in Hearthstone revolved around the occasional staleness that can rival the worst of Constructed gameplay and a lack of reasons to become invested in the experience in the long run: once you’ve got the basics locked down and can get a decent average, why would you push on and are the nagging little intangibles interesting enough to make the progress from a 5-win player to an infinite one a journey worth striving for?

Team 5 has tried many things over the last few years to shake up the drafting experience – including ill-fated concepts like the forced synergy picks – but it’s been clear for most of 2018 that they’re heading in the right direction. This latest move also seems to confirm that they’ve got a good understanding of what’s missing from Arena right now and have found the sort of simple but effective solution that used to mark the streamlined tends to form the core of Hearthstone’s positive reception.

Making better use of the game’s already existing content is a very simple and effective way to increase variety and capping the number of sets in play should mean that each season will have a very different feel. Once the card pool gets big enough, playing around individual cards strictly becomes a mistake, which is a horrible gameplay experience no matter which side of it you happen to be on – and by the same token, this sort of a setup also guarantees that the pool will never be too small either, hopefully helping to avoid repetitive choices (something which was especially common at the start of the Year of the Raven).

Where The Wild Things Are

Introducing different Wild sets over time should also prove to be a neat way to increase interest in the game’s eternal format or at least to give an opportunity for newer players to experience some of these staple cards without having to invest in their evergreen collection. It’s move with basically no downside – in fact, a curated card pool is something I’ve been arguing for years in Arena, potentially even as an alternative to the bucketing system –, but it will require more diligence in maintaining the underlying systems than what we’ve seen before from Team 5. 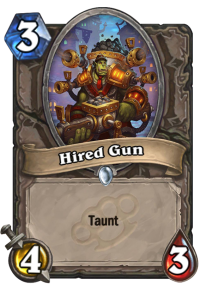 Transparency about the bucketing system and any other similar under-the-hood changes will be even more impactful going forward: with essentially a brand new metagame to learn every two months or so, the playerbase can’t be expected to manually collect this data or to blindly make drafting decisions. It still remains to be seen how well the people responsible for Arena understand the limited format’s gameplay experience – bucketing howlers like Night Howler in the top tier or Dragon Roar and Demonbolt placed alongside comparatively weaker cards can easily warp the metagame by themselves.

It’s not even the fact that the design team can’t accurately predict the strength of cards before release (though it’s odd that third-party platforms seem to have a better track record in this regard at least where the limited format is concerned): the real issue is how quick and regular the updates to the bucketing system will be over the course of such short seasons and whether all corresponding information will be made available to the community. There’s also the fundamental issue of basing said buckets on pick rate rather than win percentage – creating a sort of popularity contest which can bury cards with scary-looking downsides that are actually incredibly strong like Keening Banshee in a prohibitively low bucket because the masses daren’t pick it despite their high winrate in the hands of good players. The effectiveness of this system will surely be tested in an environment where the data essentially gets reset every two months – and, again, if the resulting buckets are inaccurate, the Arena gameplay will inevitably suffer. 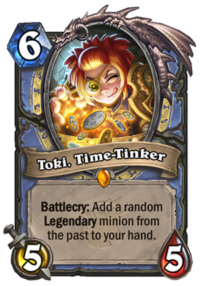 It will also be interesting to see whether the dev team will put serious thought into which sets to include alongside each other in each Arena season and whether to neglect particular ones like Journey to Un’goro with its problematic cards like Primordial Drake. Certain high-profile Arena players were particularly unhappy with the return of MSoG – while most Constructed players remember that set for the dominating trifecta of Patches the Pirate, Kazakus and the Jade package, it’s an oft-underappreciated aspect of its tenure that every single Priest card printed eventually ended up seeing play, and the Arena meta after its release was so toxic (with Mage still going overboard off the back of Firelands Portal’s common quality plus Volcanic Potion while Priest able to take over the board very early on with Potion of Madness and Kabal Talonpriest) that Team 5 manually reduced the new set’s offering bonus early on. Again, much of these positive changes will live and die based upon how diligent the developers are in maintaining a healthy metagame: for what it’s worth, the new leadership seems to be much more open to intervene and Hearthstone’s dev team will increase in size for the year despite all the doom and gloom about the wider state of Blizzard as a company.

If anything, the most tantalizing question is whether there’s any sort of long-term competitive road map in the works for Arena, of which these changes are merely the tantalizing first steps, or merely a set of much-welcomed bells and whistles on its current state. There is no intrinsic reason why Hearthstone’s limited format can’t become a part of the esport experience – it certainly hasn’t stopped other card games –: and with the gameplay portion finally getting close to its brimming potential, this may very well be on the cards going forward.