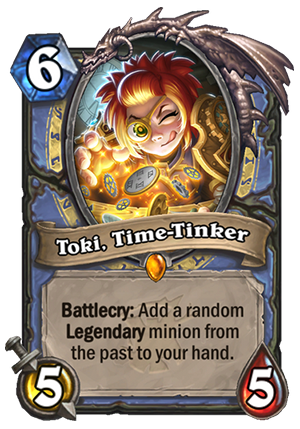 Toki, Time-Tinker is a 6 Mana Cost Legendary Mage Minion card from the The Witchwood set!

Battlecry: Add a random Legendary minion from the past to your hand.

Just a twist to the left, one quarter turn to the right and … oops! Well, we didn’t need that timeline anyway.
Tweet

I think it’s the first time we will be able to play cards that are exclusive to Wild in Standard. Which is pretty cool. Getting that Ragnaros the Firelord or Emperor Thaurissan will be a blast from the past.

But let’s rate this card first. No, it’s not good. It’s a meme card. The problem is that it’s just too random. If you were guaranteed to get one of the best Wild Legendaries, then yeah, it would be like an auto-include into every slower Mage deck. But as it stands right now, it’s too inconsistent. Just look at the list of Wild Legendaries. Maybe about 1/4 of them are actually powerful in a Mage deck. For every Sylvanas Windrunner or Dr. Boom you will get a few copies of Hemet Nesingwary, Mogor the Ogre, Majordomo Executus, Twin Emperor Vek'lor etc. Lots of the Legendaries are either bad or require some kind of synergy to work correctly. So you have a much higher chance to get a below average one than an above average one.

Which, in the end, means that you’d much rather draw a card from your deck. 6 mana 5/5 is not particularly powerful statline either, so it’s not like it makes up in the stats.

The card is fun, it has a nice flavor to it, but that’s it. I can’t see it being competitively good – not only its slow, but it has a relatively low chance to give you a good card.

Card rating: 2/10 (would be much higher if I was rating the meme value) 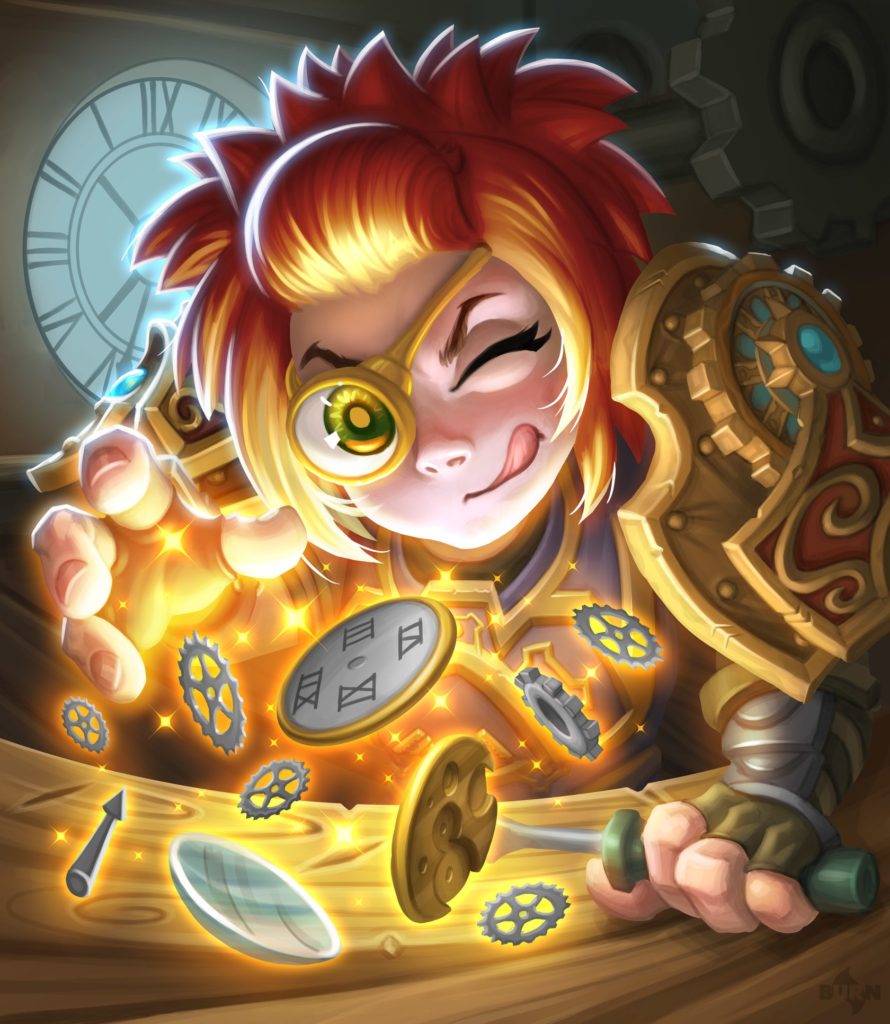