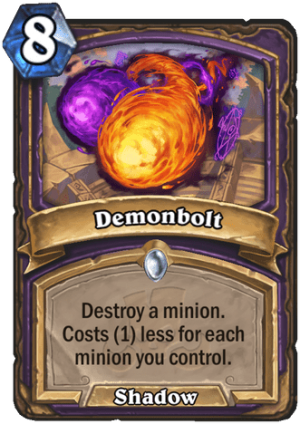 Destroy a minion. Costs (1) less for each minion you control.