This week’s Tavern Brawl is the Masked Ball!

At the SI:7 mansion in Stormwind they have a grand masked ball every year. Everyone is in disguise! When a minion dies, its disguise is revealed, showing the minion to actually be a different random minion that costs (2) less and ready for another fight!

Reward is a Classic pack this week!

Submit your Tavern Brawl deck using our new Hearthstone Deck Builder and your deck could be featured on this post!

The deck below is from the previous version of the Tavern Brawl, but should still work. 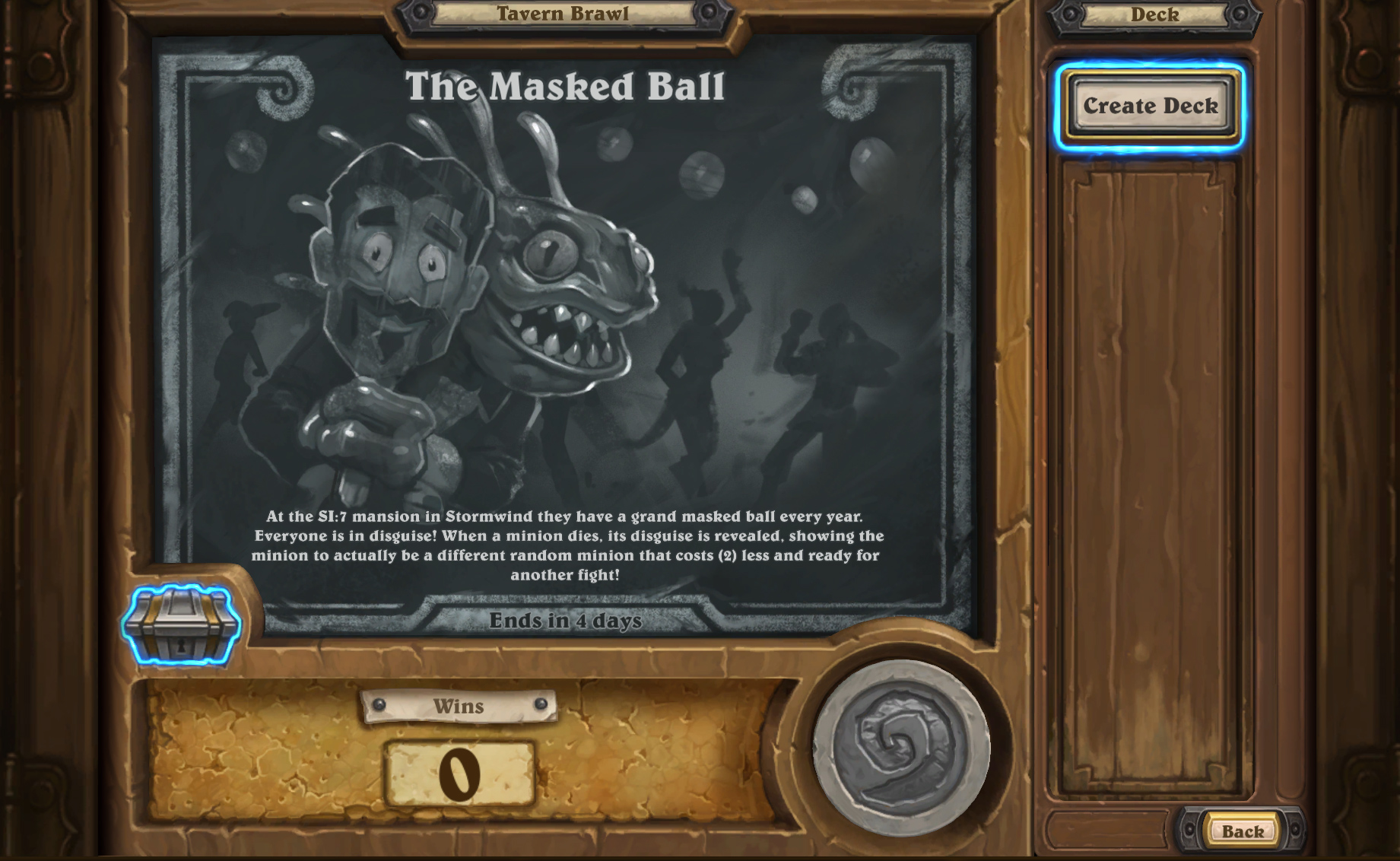