Update: The event will go live today (December 1). Players started getting honor early due to a bug and Blizzard has decided to roll with it and just activate the event earlier.

For the first time ever, Hearthstone players themselves will be dragged into the long-lasting Horde vs Alliance conflict from Warcraft lore.

When you first log in after downloading Patch 21.8, the game will ask you to choose a side. You can join either Horde or Alliance. Joining Horde will give you a golden copy of the Drek'Thar Neutral Legendary, while joining Alliance will give you a golden copy of the Vanndar Stormpike Neutral Legendary. Both of them are playable RIGHT NOW! After you swear your allegiance, you can’t change your mind. Luckily, it doesn’t mean that you will be locked out of the other Legendary – after the event starts, you will be able to get it through a Quest Chain or simply craft the non-Golden version (I’m not sure if they will be openable through packs, but I would also assume so).

Now, the question is – which one should you choose? If you prefer one faction over the other, then you should probably pick it to support it (more about it below). However, if you don’t care, you should decide based on the Legendary you get. At this point, before expansion’s launch, it looks like Vanndar is more popular, but Drek’thar is a higher win rate one – in Standard, that is. In Wild, Drek’Thar is hands down a better option, Vanndar is way too slow for that format. However, we don’t know how things will look after expansion drops, numbers might change. So if you think about the future, you should consider what playstyle you prefer – Drek’Thar clearly favors low-curve, Aggro decks (or possibly Combo if you don’t need any high cost minions for your combo), while Vanndar only fits into specific slow, Control or “Big” builds that don’t play any small minions. So if you like fast archetypes – Drek’Thar will be a better choice, and vice-versa. 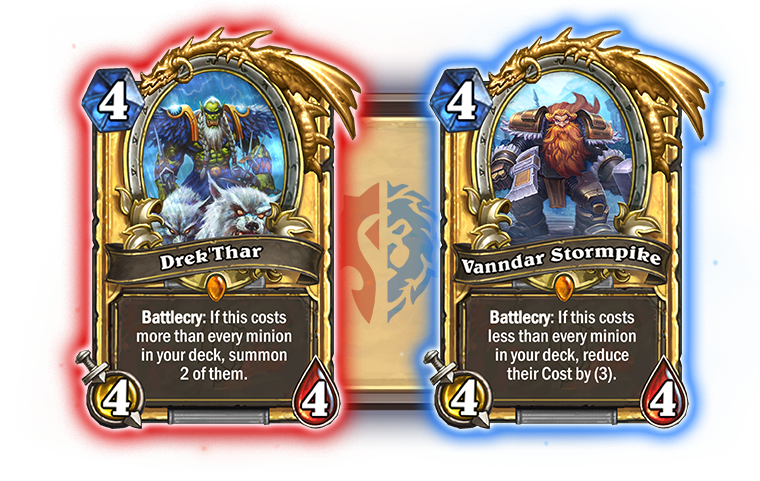 Now that you picked your side, you might be wondering – what’s all that for? Right now, the only thing you’re getting is one of the two Legendaries, and that’s it. However, after expansion releases on December 7th, that’s when the real Honor event will start.

Every player will get a Legendary Quest Chain, which will progressively ask players to obtain more Honor points as they climb through the ranks. In case you’re not aware, Honor is the PvP “currency” in WoW (or rather one of them) – you get it for killing players from other faction and can trade it for rewards. In Hearthstone, however, Honor will be gained by simply playing Constructed, Arena or Duels matches. Here’s how much Honor you will gain:

In other words, you want to play Hearthstone matches and you want to win, preferably against someone from the enemy faction! Sadly, as of right now, we don’t know exactly how much Honor will the entire Quest chain require and what the rewards are. That said, we do know that one of the rewards will be enemy faction’s leader – so if you picked Drek'Thar, you will still be able to get Vanndar Stormpike – and vice versa. We’ll update this post once we learn the Quest requirements and rewards.

On January 11, all the honor points will be tallied. On that date, the winner will be picked based on the total amount of Honor their faction got. The winning faction will get commemorated with a Diamond version of their leader – it will be given out to everyone who participated in the event. However, that’s not when the event is over. We’ve got a confirmation that the event itself will last until the next expansion – which means that you have ~4 months to grind through the ranks. So ultimately, the rewards will be the same no matter whether you picked the winning or losing faction – you don’t have to worry about missing out on anything. 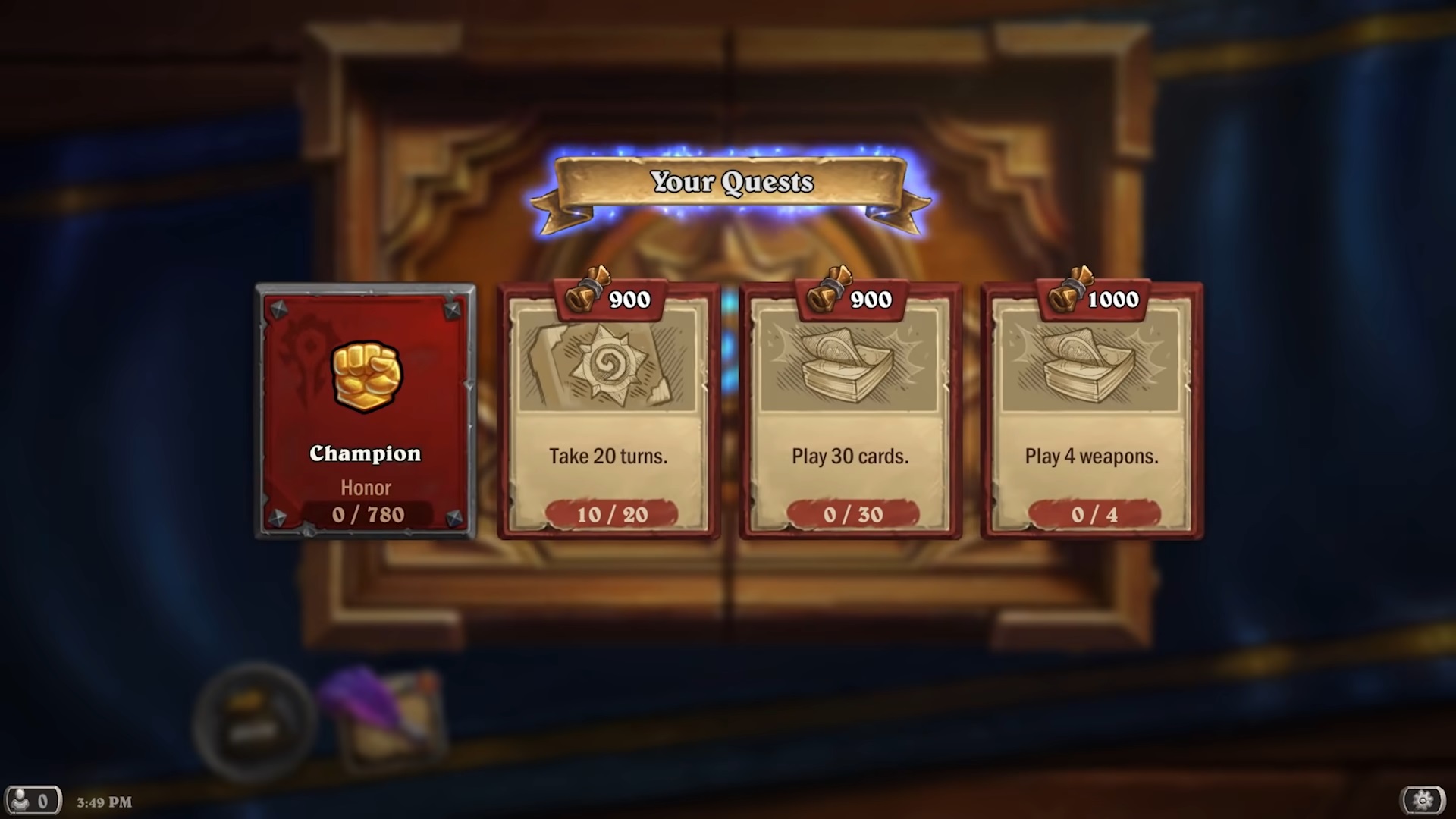 But how many games does it take to get there, you might ask? While it will heavily depend on your win rate and how many players from the opposite faction you face, we can do some basic calculations for an average scenario. If you win 50% of your games and 50% of your opponents are from the enemy faction, you will get – on average – 20 Honor per match of Constructed, Arena or Duels.

You can quickly calculate how many games it will take for you to get to each rank using the table below. You have a total honor required to get there on the far right. But let’s do the math for the highest ranks and Golden faction leader rewards – 7200 Honor. With 20 Honor per match, it would take 360 matches to get there. Now, given that there is time until the next expansion and expansions last for roughly 120 days each, you will need to play 3 Hearthstone games on average to complete the entire chain until the end of Alterac Valley set. That’s… honestly, still quite a lot – if you play a lot of Hearthstone it shouldn’t be a problem at all, but more casual players might have a hard time getting there.

Below, you can find a table with full amounts of Honor required and rewards for each rank: