When Patch 22.0 was released, some aspects of the honor system meant for the expansion’s Horde vs Alliance event already went live. Players weren’t supposed to get honor until it launched on December 7, but it just so happened that you could already get it and progress your achievement.

Instead of reverting that, Blizzard has decided to (in my opinion correctly) just roll with it and activate the entire event earlier. It should go live in a hotfix meant to be released later today – so we’ll get a few extra days of the honor grinding. However, all of the rank rewards (Golden versions of certain Rares such as Frostwolf Kennels or Stormpike Aid Station) will be disabled until the expansion goes live. This means that you can already earn them, but you can’t use them yet.

Update: The event is live right now! You can already start working towards your Honor ranks. 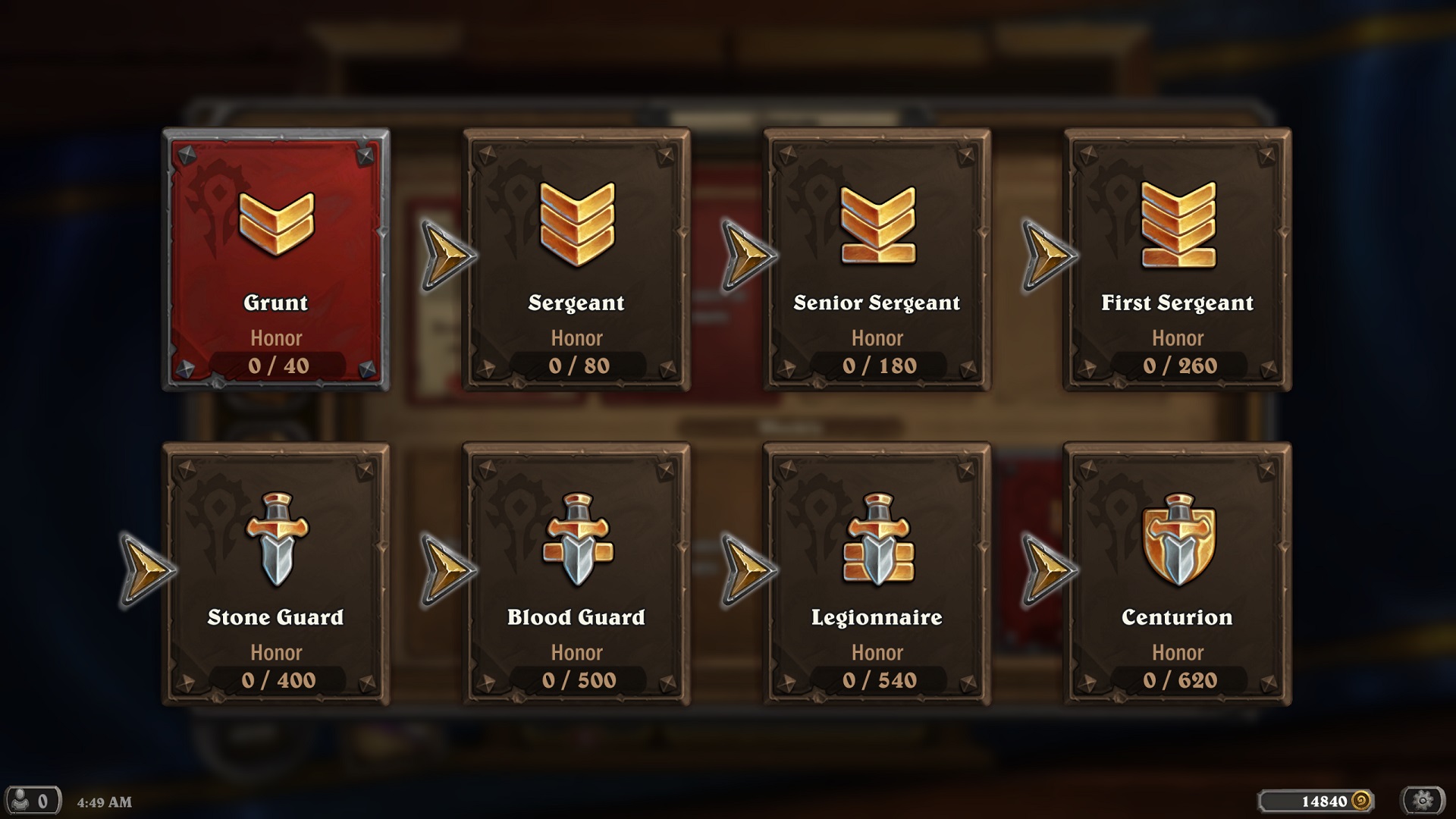 We’re excited to share that the Battle for Alterac event will begin early! With a hotfix planned for release in the next day, all players will begin their faction’s quest line and start earning their Golden card rewards! These cards will remain locked until the expansion launches on December 7.