This guide was first written at Mercenaries launch when we didn’t know much about the game mode yet – we’ve just updated it with all the recent knowledge.

There is a lot to do in the single-player Hearthstone Mercenaries PvE experience, but the game mode also includes a robust PvP system. In this guide, we will show you how to access the PvP mode, what rewards there are for PvP, and how PvP battles differ from your regular bounty runs against the computer.

How to Unlock Mercenaries PvP 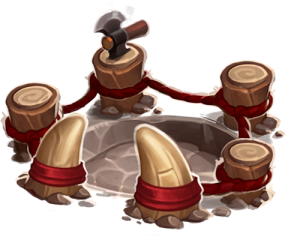 PvP in Hearthstone Mercenaries can be ruthless: if you lose a battle, you get nothing. No progress, no Coins, no experience for your party.

However, if you win a battle, your team receives a fair bit more experience than you would from running bounties. For example, winning your first battle with a full level 1 team instantly levels the entire team to level 5. Overall, your Mercenaries can expect to level up slightly faster through PvP than through PvE, even though losses give you nothing. Nonetheless, you should usually level up mainly through PvE to complete more tasks for your Mercenaries to gear them up.

You also get reward chests full of coins when you win PvP battles. These chests contain around 100 Mercenary Coins each, so they are around twice as good as the chests you get from bounties. You get a chest for your first win every day, then another chest after two more wins, and so on, until you get a chest for every five wins. Therefore, winning at least one PvP battle every day gives you the best rewards. After opening your first chest, the second one gives you only 1/2 of the rewards per win, the third one 1/3, and so on.

You also get rewards for improving your PvP rating each season, starting at 1000 rating:

Hearthstone Mercenaries has the most complex matchmaking system Blizzard has made so far. In your regular Hearthstone game modes, opponents are chosen based on matchmaking rating (skill), and nothing else. In Mercenaries, your party plays a major role in any success you can have. Accordingly, the matchmaking system takes into account your rating, but also the levels of your Mercenaries, their abilities and equipment, and their roles. If the system cannot find a good match for you, it will pit you against an AI team that should provide an appropriate challenge. In practice, the AI opponents can be defeated far more often than not, but they are not complete pushovers.

Once your rating reaches 7000, you will no longer meet any AI opponents. Entering PvP with a full team of level 30 Mercenaries also significantly increases your odds of finding a human opponent even at low ratings.

This matchmaking system makes it possible to enter PvP with any team to start getting some of those daily win chests. You don’t need a maxed-out team in order to try yourself against other players (or the AI).

Note that the importance of your Mercenary abilities is much smaller when you enter PvP with a full max-level team. Max-level PvP matchmaking is more focused on your rating than on your team. This means that it can actually be more difficult to enter PvP with a fresh level 30 team than with a leveling team, as other max-level teams are likely to have at least some upgraded abilities.

There are some important differences between PvP battles and PvE battles. 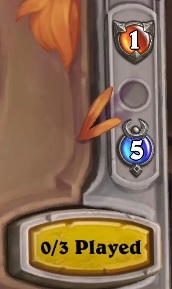 In a PvP battle, both players have a team of six Mercenaries, of which three are in the battle at the same time. The other three start on the bench and are brought in as replacements when Mercenaries on the field fall. The battle is over when all of the Mercenaries on one of the teams have been defeated.

Apart from some specific abilities (such as Brightwing’s Phase Shift), you cannot switch Mercenaries between the board and the bench. You have to wait until a Mercenary is defeated to bring in a replacement from the bench.

During the battle, you see the roles of the Mercenaries remaining on your opponent’s bench. This can help you evaluate which replacements your opponent is likely to play next, and plan your own accordingly.

In a PvE battle, you can see what abilities your opponent has queued, so you can calculate exactly what will happen each turn (apart from abilities that happen at the same speed or have some inherent random effects). In a PvP battle, you cannot see what your opponent is about to do, so you need to predict their actions and choose your own actions accordingly. Unfortunately, the native user interface does not show you the abilities your opponent’s Mercenaries have, so you would need to know the abilities of all Mercenaries by heart to make informed choices.

Deck trackers added a list of Mercenary abilities to their interfaces already on the first day, so if you use a deck tracker, you can more easily have a rough idea of what your opponent can do. You still cannot see the exact levels of their abilities even with a deck tracker, so for abilities that become faster as they are upgraded, you do not know exactly what speed they are used with.

When fully upgraded, each Mercenary can play one of three builds, depending on the equipment you use. With 51 Mercenaries in the game at launch, each of which can be played in three different ways, there are more than 9 trillion possible party combinations of fully maxed Mercenaries in the game! There are lots of parties you can build around various synergies: tribe, spell school, or other mechanics. The synergy between your Mercenaries is the key to building successful PvP teams.

The early Mercenaries meta has proven to be extremely flexible. New Mercenaries have entered the top-level competition every day for the first two weeks. You can find some of the top party comps in our compilation post!

There are notable differences in Mercenary performance between PvP and PvE. For example, Cariel Roame is a strong defensive Mercenary in PvE who can protect the other members of your party. In PvP, her protection capabilities are far weaker as human opponents will ruthlessly target the weak spots in your party composition with abilities that are hard to negate with a simple Taunt.

Likewise, Mercenaries who can manipulate the speed of abilities are extremely powerful in PvP, far more so than in PvE: if your Mercenaries get to do their things first, you can often cripple the opponent before they have a chance to respond. Cairne Bloodhoof and Varden Dawngrasp are prime examples of this: they are rarely needed for PvE bounties but can turn a PvP battle on its head.