Always keep Si:7 agent if you are on the coin, as it is one othe strongest turn two plays. you can also keep Si if you have a backstab, which is also extremley strong. 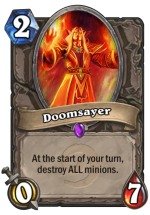 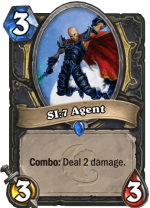 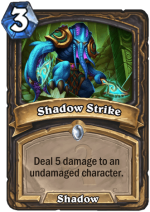 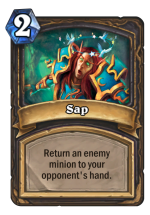 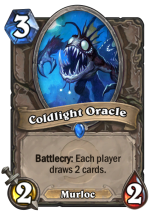 Mill rogue, the deck that was always there, but never saw the light of day. Always overshadowed by miracle rogue… and not much has changed, but to my suprise this deck has actually come out with a positive win rate so far. For those who don’t know what mill rogue is, it is a deck where you make use of Coldlight Oracle to make your opponent draw their entire deck and kill them with fatigue damage, often burning a few of their cards along the way. The way this is done is by constantly replaying Coldlight Oracle through the use of cards such as Shadowstep, Gang Up, less commonly Vanish, and the new addition to mill rogues arsenal, Shadowcaster, while also making the potency of your Coldlight Oracles stronger by using Brann Bronzebeard, which also works with Shadowcaster and Cult Apothecary. You genarally want to save Preparation to use with Vanish, this is especially effective when your opponent has a full hand, as it will kill all of their minions instead of returning them to their hand. The only other times you may want to use Preparation is when it allows you to cast a spell you need to use to live, or when it allows you to get a larger Edwin VanCleef when you can guarantee the opponent has little to no removal. Another card that could possibly be added to the list is Nat, the Darkfisher, as it draws your opponent more cards and is a sizeable body, I didnt include it because the deck draws your opponent enough cards with Coldlight Oracles alone, as well as I dont own Nat, the Darkfisher. I truly think this could be a top tier deck, maybe with a few changes, but as it is it is pretty strong. This deck also has a very strong suprise factor because… who plays mill rogue?