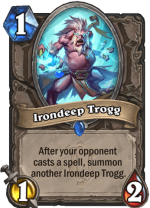 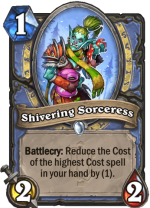 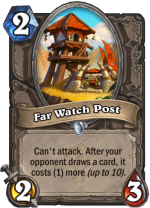 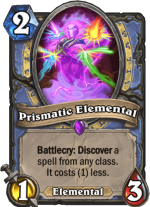 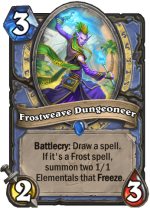 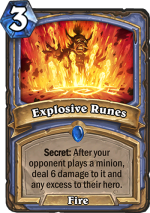 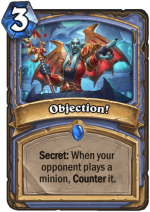 Keep the secret cards only against demon hunter. The rest are usually always keeps.

This is a deck I’ve come up with that’s been doing super well in tournament. I noticed that spell demon hunter is a very highly brought tournament deck but also exploitable, so I built a target demon hunter strategy.

Basically it’s frost mage but with some notable additions: Far Watch Post (great against combo decks), as well as a package of Objection, Explosive Runes, and Arcanologist to tutor them. You are basically guaranteed to draw at least two secrets to get rid of both of the demon hunters crucial minions, so they can’t ever deal enough damage to kill you.

Even testing this on ladder the disruptive secrets weren’t as bad of cards as I expected, and many times surprised the opponent who was not expecting it.