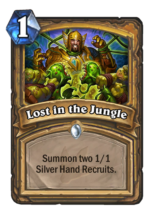 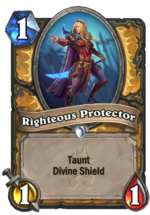 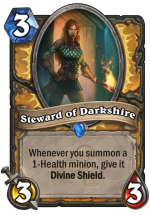 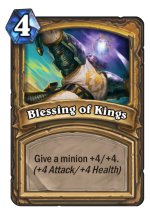 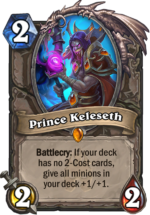 This is just a deck I played around with recently, unfortunately it will be obsolete when the Witchwood launches. I do like it more than I thought I would, though, so maybe those of you with all the Paladin legendaries wanna give it a shot? Too many small time recruit paladin decks out there!

This is clearly a fun deck – please do not expect it to destroy the ladder! However, I do have to say most people don’t expect this so it can actually win even against cubelocks or dude paladin players. Rogues currently also rather lose. Hunter is dangerous but it can be done.

The idea is to constantly keep token minions on the board that can either get divine shield to work with Bolvar – if you actually draw the combo with the blood knight, it often wins you the game – or play lynessa late in the game so that she gets all the spells cast upon her if the initial attack has been fended off successfully by the opponent.

in any case, it will be costly for them to remove so many minions, so the shift to Uther as a last resort can give you just the edge you need to seal the deal and use lifesteal to keep yourself afloat.

I recommend giving Val‘anyr a shot, despite the fact it seems to be too much. The buff often helps. I do think, however, that it can be replaced by a second Spikeridge Steed, Dino Size or maybe even another card that has synergy with divine shield.

Whatever you do, have fun! Found no other decks that currently use the high mana Paladin legendaries although they are so enjoyable. Suggestions always welcome!