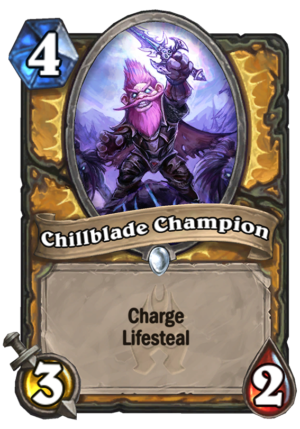 Chillblade Champion is a 4 Mana Cost Common Paladin Minion card from the Knights of the Frozen Throne set!

It slices, it dices, it vaporizes! The Chillblade will make a Champion out of even the lowliest gnome.
Tweet