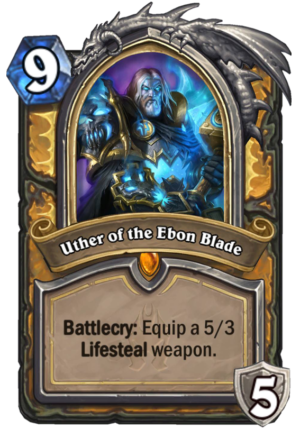 Uther of the Ebon Blade is a 9 Mana Cost Legendary Paladin Hero card from the Knights of the Frozen Throne set!

"Step forward. Confess! Once I was a mere servant of the Light. Now I alone stand in judgement."
Tweet

Hero Power: The Four Horsemen – Summon a 2/2 Horseman. If you have all 4, destroy the enemy hero. 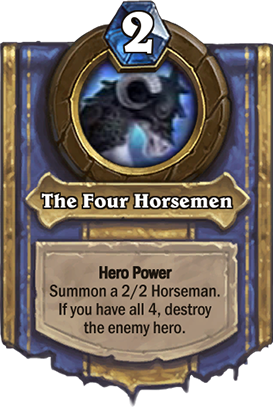