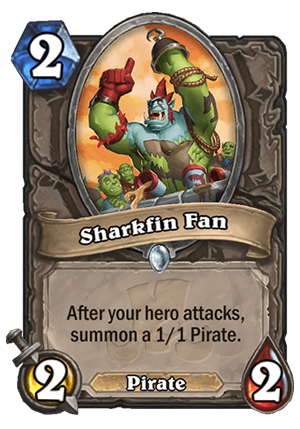 After your hero attacks, summon a 1/1 Pirate.

It feels similar to Hench-Clan Thug in terms of decks that it would fit into. I’d say that the card is weaker in general, because since it doesn’t grow itself, it’s always pretty easy to kill. Hench-Clan can grow out of range of some removals quite quickly, this can’t. But it can still give you some nice value – just a single attack pushes it over vanilla, and any extra attack is more and more tempo/value.

Rogue is obviously the class that this would fit into most. It’s the only class with weapon on demand, so this could get value throughout entire game. The problem is that a) it can’t fit into Odd Rogue, which is the best Rogue deck out there and b) your Hero Power costs 2 mana, so you’d rather curve out with Hench-Clan thug on T3 than with this (maybe this + 1-drop would be good too, but less reliable). There’s a thing that fixes those problems – Genn Greymane. Even Rogue is a meme deck right now, but with enough support it might get a bit better, and this looks like a good card you would want to play in there. You play Hero Power on T1, this on T2 + attack, if it doesn’t get removed then you can play a second or another 2-drop and attack again + re-Hero Power. It can snowball quite nicely. But I don’t put too much hope into Even Rogue, it’s just not an archetype that seems very powerful.

The deck this has most chance to see play in is Pirate Rogue, in my opinion. The thing is, though, that there aren’t many Pirate synergies in Standard right now, definitely not enough to build a viable deck around it. This might change, since it seems like Rogue’s theme this expansion will be Pirates. The card can be especially potent in Wild, where you can combo it with Ship's Cannon too – each of the 1/1’s you summon would deal extra 2 random damage!

There’s also synergy with the new Warrior weapon, but it comes too late. You want those cards to snowball your early game, a 2/2 with a bunch of 1/1’s aren’t that scary later in the game.

Card rating: 3/10 with the current card pool, but might be good in Rogue if the class gets some sweet Pirate synergies (+it’s better in the Wild) 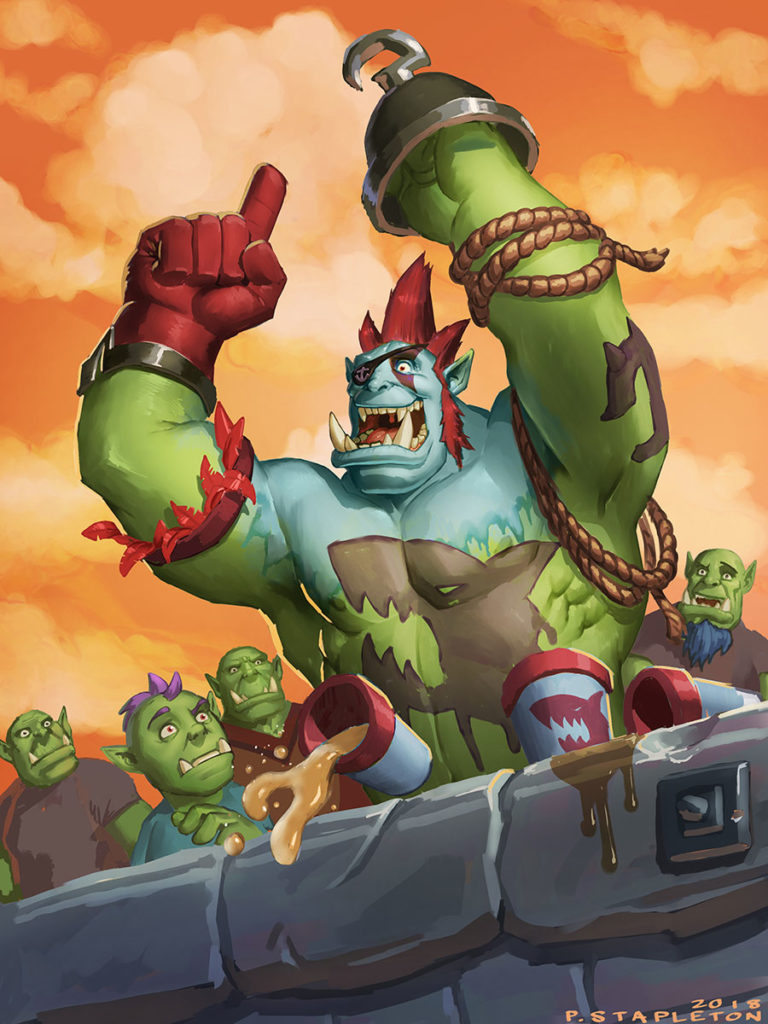