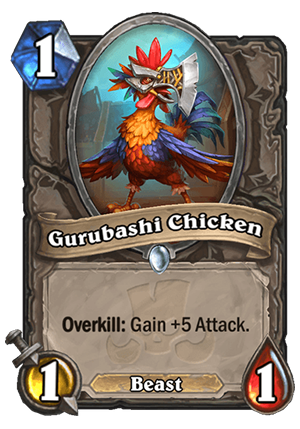 Oh the memes! I really hope that we’ll eventually get a series of chickens, just like we do have a series of Ragers with new iterations every now and then (Steel Rager is the latest one).

This card obviously references an Angry Chicken, a card that most of the newbie players tried to make work somehow. One of the first decks I’ve built was a Druid deck with Mark of the Wild, Mark of Nature etc. that tried to make it survive a trade and then kill the opponent with +5 Attack. Obviously, it didn’t work as well as I’ve expected (I genuinely thought that I’ll be tearing down the ladder with it), but I have fond memories of the card.

Gurubashi Chicken seems to be very similar to Angry Chicken when it comes to the power level. On the one hand, Overkill is harder to trigger than Enrage. Enrage can be triggered by yourself, you also don’t have to kill something to trigger it (e.g. you trade a 3/3 into a 1/4 – Enrage triggers, Overkill doesn’t). On the other hand, Overkill can be triggered multiple times, so in theory, if you keep buffing it and running it into weenies, +10 or +15 Attack is possible. Of course, that’s a pipe dream and it won’t realistically happen in any competitive game, but

I probably don’t have to tell you that this card is bad – it’s about the same power level Angry Chicken is, especially since after you get the first trigger, you won’t likely be trading further. But I like the flavor and I absolutely LOVE that art!

P.S. The only realistic use for it is to combine it with some Beast through Deathstalker Rexxar. +5 damage from Overkill might matter, especially if you find a way to give it Rush / Charge. But it’s still not much better than Angry Chicken is for that purpose. 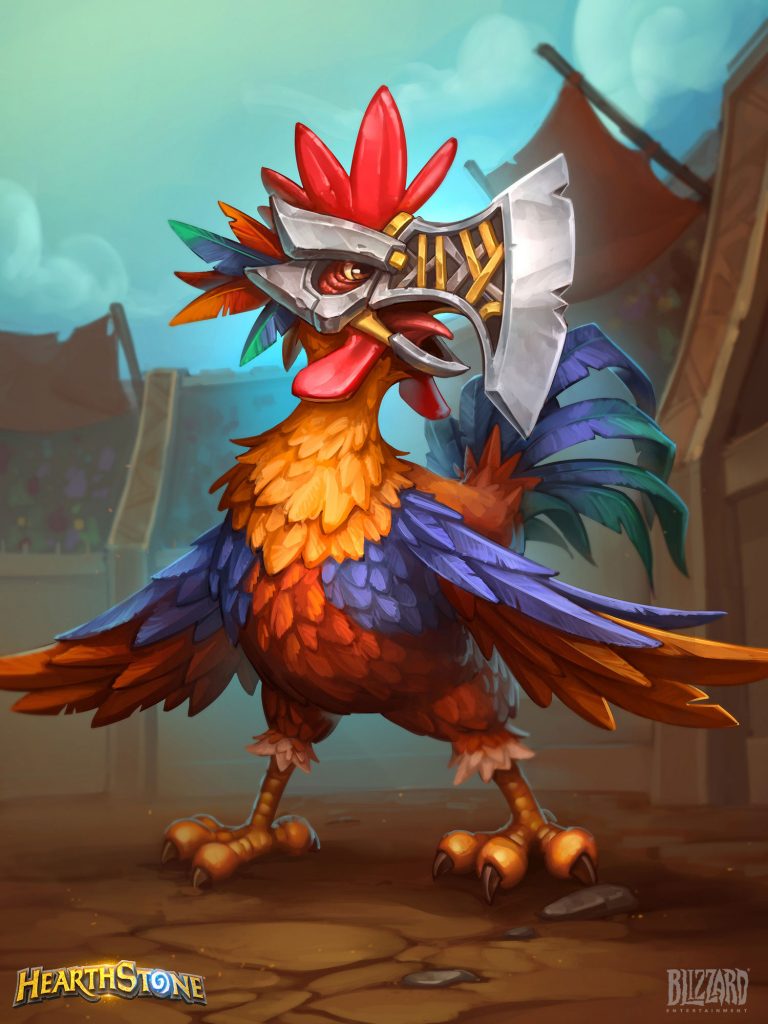