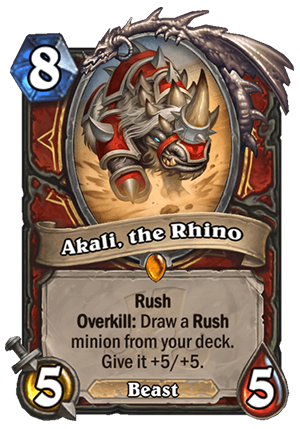 Most trolls only get to “AAAAHHH!” and don’t make it to the “kali” part.
Tweet

For some reason, I’m getting the Don Han'Cho vibes… which isn’t good for this card. Luckily, not only it has an extra draw, but also it draw a RUSH minion, meaning that the extra stats are much easier to utilize immediately.

Of course, the best minion to hit with the buff is Zilliax, but you would never play just those two in the deck, so it’s not very consistent. But having a 3 mana 8/8 Rush (Rabid Worgen) is also solid. Basically, any Rush minion with a +5/+5 slapped on it will be great.

5 Attack is not that difficult to Overkill with – killing anything at 4 or less health will trigger the effect. Of course, you can trigger it twice, which would be quite insane, but… let’s be honest, it’s not going to happen very often.

I’d say that if you’re playing a Rush-based Tempo deck, then yeah, this should be a solid card (not anything game-breaking, though). Small-midrange removal with a draw and massive buff strapped to it. But the question is – again – will a deck like that exist? Spirit of the Rhino will definitely be a huge help, but I still have my doubts. Those cards don’t fix the main problem of Rush Warrior – the deck is just not good enough at putting pressure against Control decks.

I think that it will be solid in Rush decks, but probably not good enough outside of them.

Card rating: 6/10 in Rush Warrior, useless outside of it 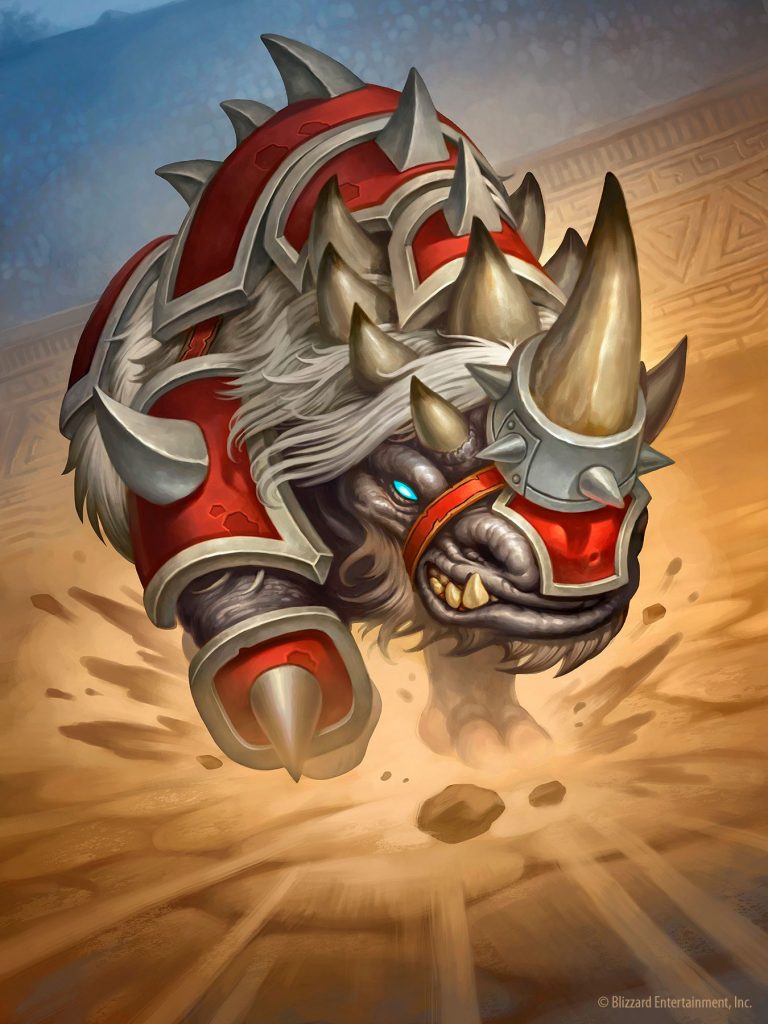