It seems that the nerf patch was just released out of blue. Blizzard usually sticks to their patch cycle pretty strictly and most of them come out around 10 AM PT (19:00 CET). It seems that they’ve decided to shake things up and released the patch ~6 hours later. Never mind the reason, it’s out now, so log into the game and start testing!

We’ll start adding new meta decks to this post after a while (but mostly tomorrow, because the it’s around 2 AM my time when I’m writing this so I won’t stick around for too long).

There’s also a bunch of Battlegrounds changes in the patch, a few Heroes are getting solid nerfs and might go for Tier 1 once again.

Here’s a quick reminder of all the changes:

All of those cards will be disenchantable for full crafting cost for the next 2 weeks (until January 23). 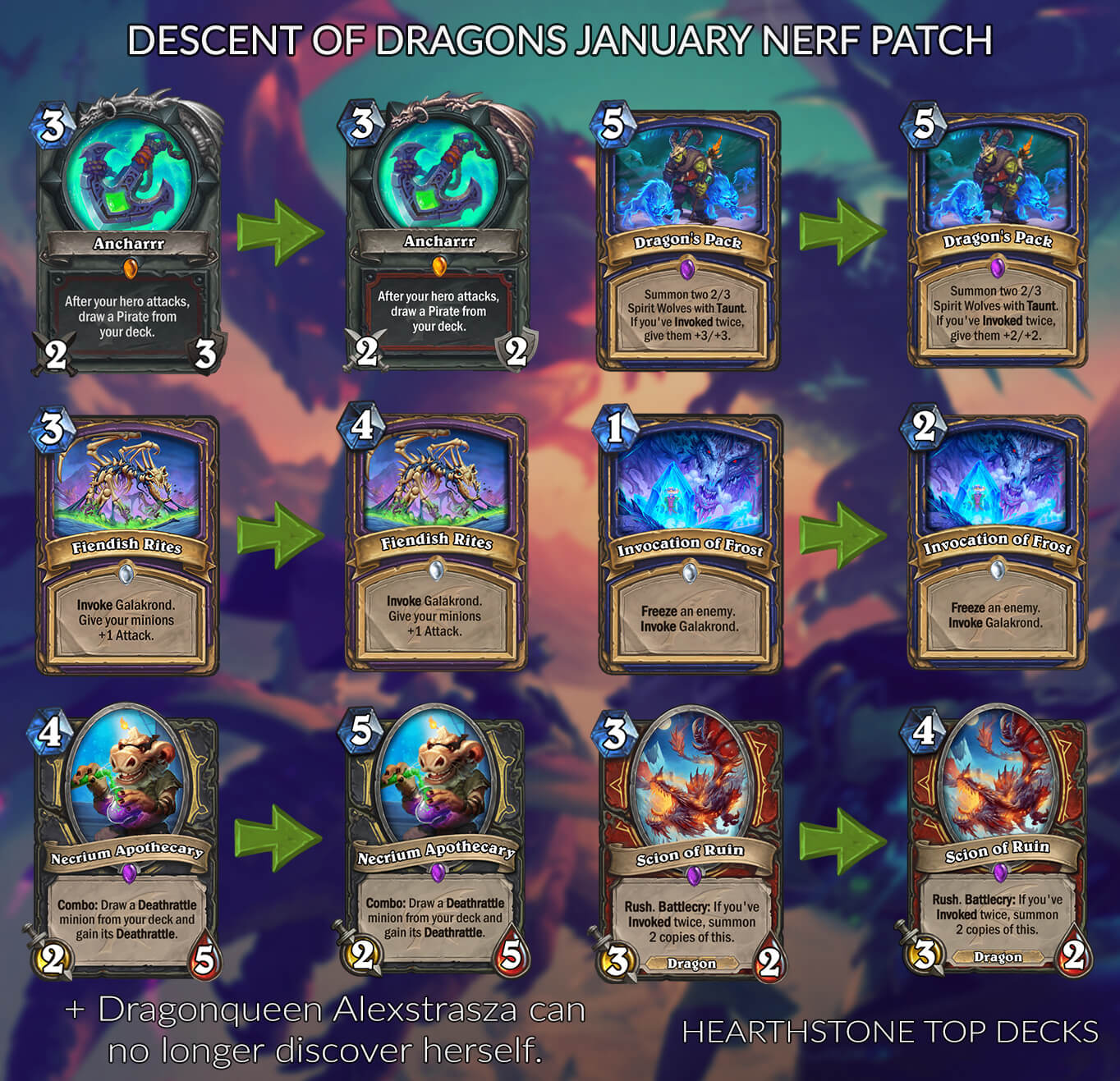