This week’s Tavern Brawl is Your Standard Brawliseum. This is hot on the release of the Rastakhan’s Rumble expansion, so expect to see some new cards and decks making their way into the Tavern Brawl!

In this Brawl you actually pay to enter like Arena, but by doing this you get access to big prizes if you can rack up the wins. You are also in luck if you are low on gold, your first run will be free! Also, just like Arena, you play until 12 wins or 3 losses. The more wins you get, the better the prizes! Check out a full list of the reward structure below.

We’ve got a roundup of the top lists from the expansion right here: Best Rastakhan’s Rumble Deck Lists!

This the reward structure from Arena which should be exactly the same for Braliseum Credit to this post on the ArenaHS Subreddit.

Welcome back, gladiator! Build a deck for Standard format this time and compete for glorious prizes! 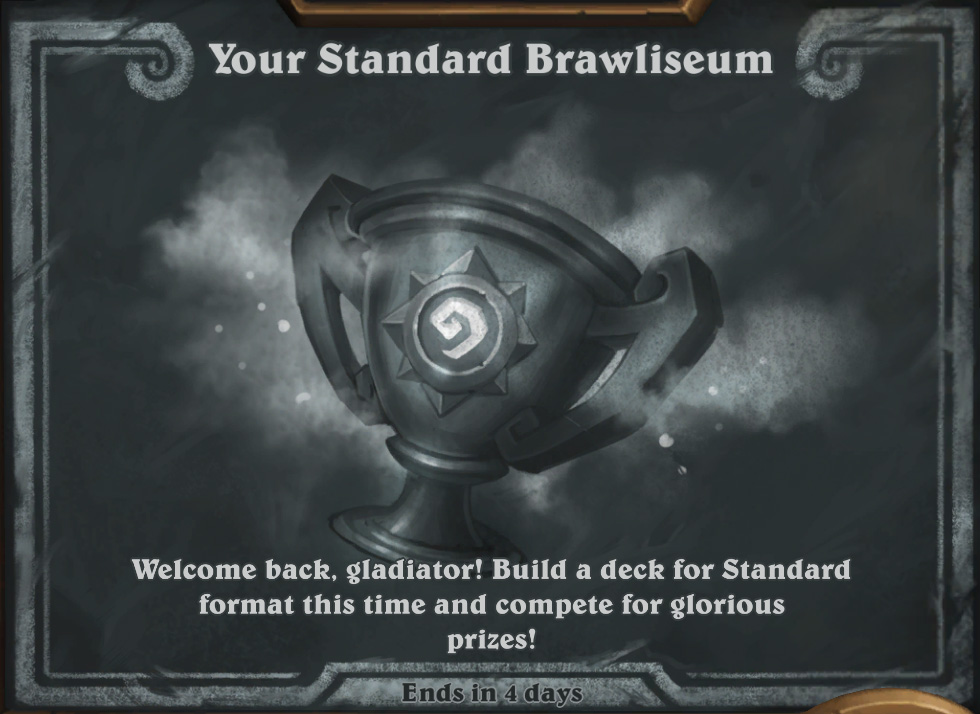